NWO has awarded eleven Leiden researchers a Vidi grant of 800,000 euros. The research subjects range from Cicero and muscle dystrophy to the archaeology of bogs. 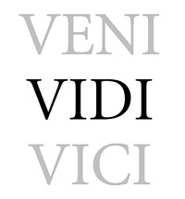 Vidi is aimed at excellent researchers who have successfully carried out research after obtaining their PhD. They can use the grant over a period of five years to build their own research group and embark on innovative lines of research.

Soil fungi that coexist with plants determine the soil quality and the amount of carbon in the soil. But different types of plants have different types of soil fungi. A change in the composition of plants or fungi can have major consequences. Soudzilovskaia uses experiments and models to examine the to date unknown mechanisms that can lead to such a change.

Protein molecules that can read DNA code collide head on with damage to DNA. If these collisions are not dealt with, they cause cell death, ageing and neurodegeneration. The researchers use advanced microscopy methods and protein analyses to study how cells deal with these collisions, which proteins are involved and how this contributes to maintaining chromosome stability.

Luca Giomi, Leiden Institute of Physics
From active matter to artificial cells: a mechanical insight into the fabric of life

Christoph Pieper, Leiden University Center for the Arts in Society
Cicero through the centuries

Cicero is a very well-known figure from antiquity, especially revered for his speeches and rhetorical treatises. But why is that? This project studies how the ancient images of Cicero influenced his later reputation, both as a person and as a style icon.

Tocharian is known through manuscripts from Northwest China dating from 500–1000 AD. It is an Indo-European language, related to a.o. Latin, Greek, English and Dutch. The speakers of Tocharian must therefore have made a long trek from Europe to China. On the basis of contacts with other languages their migration route will be established.

Classical mathematical models treat space and time as a continuum, while it is sometimes more useful to regard it as granular. Hupkes is studying what this means for a number of important patterns that are often found in computer calculations and in nature.

Premature babies are very vulnerable immediately after birth and often need help with breathing in order to survive. Te Pas exaxmines how doctors can provide this support as effectively as possible in order to avoid the babies suffering any damage.

One in every thousand chidlren is born with an extra X or Y  chromosome. Child specialists examine whether problems in developing language, communication and social behaviour in these children is related to reduced attention for social signals as a consequence of raised stress responses in social interactions.

Hermien Kan, Radiology (LUMC)
Not all muscles are the same

In many muscle distrophy disorders muscle weakness starts in particular muscles and then spreads to almost all muscsles. Kan will study what differentiates those muscles that remain strong the longest from muscles that weaken sooner. This knowledge is important for developing new therapies.

Maartje van der Woude, Law, Criminal Law and Criminology
Getting to the core of crimmigration

Countries in the European Union are struggling with open borders and the consequent danger that potentially dangerous or undesirable groups can move with ease throughout Europe. This project looks at the way in which EU states deal with this issue in setting concreate measures, but also how border communities experience this government intervention.

One of the most fundamental questions in astronomy is understanding how galaxies form stars. Half of this star formation takes place behind clouds of interstellar matter. The researchers use two state-of-the-art telescopes to reveal this hidden star formation in the early Universe.