The Merovingian cemetry of Posterholt-Achterste Voorst

In this second book of the series " Merovingian Archaeology in the Low Countries" the results of the analyses of the cemetery of Posterholt are are published. The cemetery was studied by M. de Haas MA and prof. dr. F. Theuws. The cemetry of Posterholt is one of a series of interesting cemeteries in the central part of the province of Limburg where in Carolingian times a number of minsters appear.

It is one of a series of interesting cemeteries in the central part of the province of Limburg where in Carolingian times a number of minsters appear. The cemetery is thus an element in an interesting early medieval landscape.

The finds from the cemetery date from about the middle of the sixth century to the first half of the eight century. Most of the graves were reopened after the initial interment.

The total number of finds is thus relatively limited although 90 graves were excavated. In contrast to other cemeteries the graves were emptied thoroughly while they were reopened. Pottery was systematically smashed, whereas in Bergeijk for instance it was often left untouched. In traditional archaeology this would have been evaluated negatively by archaeologists keen on studying nice objects, but this cemetery in combination with others provides interesting insights into the way the dead were dealt with especially in the transition period from Merovingian to Carolingian times.

In this publication the results of the analyses of the cemetery are published.  It is a full colour book designed by Bregt Balk (Amsterdam, Netherlands) with numerous colour photographs and drawings of the finds. Extensive analyses of various aspects of the cemetery, illustrated with many maps, are presented in the first part. In the second part interpretations are given and the third part consists of the catalogue in which a plan of each grave and the finds in it are published.

It is the second book in a new series:   Merovingian Archaeology in the Low Countries 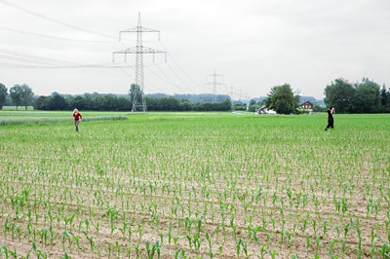