In our digital society, the internet seems to offer endless possibilities for expressing yourself, gathering information, and making contact with others. The anonymity of the internet seems to give us the freedom to come and go as we please. But what about our online privacy? Should it be dealt with differently than privacy in our offline world? How can we protect our children from online offences? And what influence do friends and family have on privacy behind the Chinese Great Firewall? 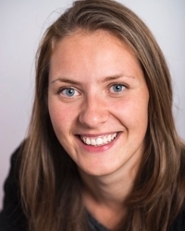 'People can be quite imaginative in ensuring their anonymity'
- Zane Kripe, PhD candidate Cultural Anthropology and Development Sociology

Many early adopters of the internet thought of the cyberspace as a new space for freedom. Online people could be who they wanted to be regardless of their race, gender or sexuality. It was seen as a creative space for playful experimentation with one’s identity and even building new, more fair societies.

Now, at the time of social media, highly commercialized web services that trade in user data and post-Snowden revelations, it seems almost oxymoronic to think about the web as a space of anonymity or privacy. Many activists and users are concerned about the loss of privacy that majority of internet users experience on daily basis. Our actions online are monitored, organized and used for corporate and marketing interests giving rise to what some scholars call ‘surveillance capitalism’. Some scholars point out that the loss of anonymity, for example through ‘real name policies’ implemented by many social networks, comes at the greatest cost exactly to those who are already vulnerable: people of color, sexual or religious minorities, people who have illnesses or political activists who want to speak out against power.

Anthropological research shows that people care about their privacy and can be quite imaginative about how they ensure their anonymity (at least from certain eyes). For example, social media scholar danah boyd describes how teenagers go to great lengths to ensure that their online messages are not intercepted by their parents.

The value we attribute to anonymity and privacy follows particular historical trajectories and is also highly contextual. It seems important to me that as digital environments play an increasingly important role in the day to day affairs, we do have opportunities to safeguard our rights for privacy and anonymity online as much as offline. 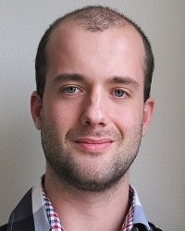 The internet provides young people with amazing opportunities in the way of education, social development, and relaxation. However, the internet also entails risks for young people –  like cyber bullying, for instance.  Different researchers give differing definitions of cyber bullying, but it roughly boils down to a form of bullying in which the bully makes use of digital means such as the internet or a mobile phone. Cyber bullying can occur in various ways. The bully may make humiliating films about the victim and disseminate them online, may send unpleasant emails to the victim, or may impersonate the victim online to make him or her a laughing stock among peers.

Research studies carried out over the past ten years show that the victims of cyber bullying report more depressive symptoms, a more negative self image, and more suicidal thoughts than children who have not been victimized. Although research has clearly highlighted the dangers of cyber bullying, scarcely any soundly researched interventions have yet been developed to counteract. Fortunately, research does show that if schools use effective interventions to reduce bullying in class, this can also lead to a reduction in cyber bullying. Often the children who are bullied at school are also victims of online bullying.

Perhaps cyber bullying is just one more way for bullies to make their victims’ lives miserable. But caution is called for. Not every young person who is a victim of cyber bullying is also bullied at school. So we can’t afford just to sit back and rest assured that by solving bullying at school, we will automatically also have resolved cyber bullying. Therefore, developing tried and tested intervention and prevention methods to counteract cyber bullying remains an important task for researchers. 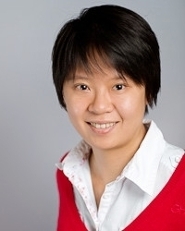 China’s government has surrounded the country with a Great Firewall, censoring and regulating ‘foreign’ internet traffic. Within Mainland China, it maintains an extensive system for surveilling and manipulating online life. Undoubtedly, Chinese netizens are aware of the existence of online censorship. And this awareness affects their behaviour on social media. Yet, our research reveals that political censorship is not the primary reason for users’ self-censorship on China’s cyberspace. Users, especially those who voice opinions on social media, are much more concerned about how their immediate social circles, such as family members, friends, and colleagues may perceive them.

Take the two most popular social media platforms, for example – Weibo and WeChat, the Chinese Twitter and WhatsApp respectively. Users perceive WeChat as a living room where they can meet and talk to people they know; they view Weibo as a square where they can voice their opinions regardless of whether they know the audience or not. WeChat users are more cautious in revealing their opinions, while the anonymity of Weibo gives users some sense of protection. Thus, for many Chinese users, WeChat is a place where they need to present an image that is consistent with social norms and the expectations of their close circles, while on Weibo they can be who they really are, or who they would like to be.

Social and political concerns may prompt some users to stay silent on social media and to avoid discussion. Other users join online discussions and find ways to disguise themselves online. They might use a fake name and create a different online identity from the one commonly known to their close network. They might use VPNs to bypass the Great Firewall and obtain ‘sensitive’ information. They might also show some posts to certain groups of people and hide them from other groups. Anonymous and active discussants do criticise the government on various issues, such as air pollution, rising property prices, and healthcare reform.

As is commonly known to people within China and demonstrated by research elsewhere, criticism of the government with no collective action potential is unlikely to incur any repercussions from the state. Online activists are well aware of this bottom line and may carefully place their criticism within safe boundaries. However, compared with the fear of political censorship, people care much more about their image within their close circle. Using a fake name or restricting the audience of posts when expressing sharp political views is driven more by their desire not to be the ‘black sheep of the family’.

Pieter’s Corner is an online variant on London’s famous Speakers’ Corner – a platform for the researchers in the various disciplines in the Faculty of Social and Behavioural Sciences to react to the news. This soapbox gives the ‘inhabitants’ of the Pieter de la Court Building an opportunity to voice their opinions on current affairs from the point of view of their own areas of expertise.