Frank Chouraqui is a University Lecturer at the Institute for Philosophy.

My research has a historical side and a systematic side. The historical aspect is focused on the philosophies of Nietzsche and Merleau-Ponty, especially their ontologies of relationality and their connections with ontological accounts of power.
The systematic aspect is focused on an analysis of the phenomenon of belief and its relation to action, especially in the case of fanatic and dogmatic belief. I try to elaborate an account of belief that disconnects it from a reference to truth. I hope this would allow me to argue that fanatic belief is not false, but a false relationship with our own beliefs. This involves preliminary research on special cases of beliefs as exemplified in our engagement with fiction, myth and play, which are my current focus.

BA, MA (université de Provence), PhD Warwick University (2010). I taught High School Philosophy and related subjects in Cyprus and New York (2008-2012), and was an Assistant Professor of Philosophy at Koç University (Istanbul) from 2012 to 2015, before Joining Leiden University in August 2015. 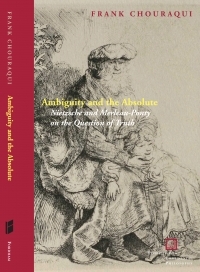 2014 Ambiguity and the Absolute: Nietzsche and Merleau-Ponty on the Question of Truth, New York: Fordham University Press, Perspectives in Continental Philosophy Series, 304 pp.