The Journal of European Public Policy has dedicated this year’s Special Issue to the theme of European Union Enlargement and Integration Capacity, on the suggestion of Dr. Antoaneta Dimitrova, senior lecturer at the Institute of Public Administration of Leiden University. Moreover, the Special Issue features three articles published by researchers from the same institute.

Each year, the influential Journal of European Public Policy publishes a Special Issue dedicated to an important theme. This year, Leiden-based researcher Dr. Antoaneta Dimitrova, Prof. Dr. Tanja A. Börzel from the Free University of Berlin and Prof. Frank Schimmelfennig from the University of Zurich are the co-editors of a special issue on the eastern expansion of the European Union. In addition, it features articles published by doctoral candidate Elitsa Kortenska and Dr. Dimiter Toshkov. The theme and the articles are the result of the recently completed MAXCAP research project, in which Dimitrova and her colleagues participated. 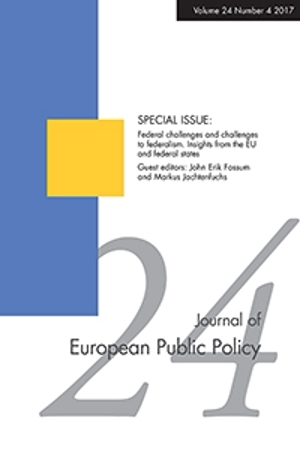 The birth of a Special Issue is the result of a lengthy selection process, which guarantees high quality. A Special Issue consists of several articles focussing on a single theme, each of which has been double blind reviewed. The process begins with the choice of a theme and a selection from a number of applications.

From a series of submissions made by a range of international researchers, the editorial team of the Journal of European Public Policy chose EU Integration Capacity as the theme. It was proposed by Antoaneta Dimitrova and her colleagues, and based on the MAXCAP research project.

The MAXCAP study produced 35 “working papers,” from which a few were selected by the co-editors of the Special Issue to be double blind reviewed by three reviewers. The reviews resulted in a selection of eight high-quality articles which together make up the European Union Enlargement and Integration Capacity Special Issue. Of those eight articles, three were written by Dimitrova, Kortenska and Toshkov.