Leiden celebrates establishment of new Chair in Science Based Business

By delivering his inaugural lecture titled ‘Where Science Meets Business,’ Simcha Jong accepted his appointment as Leiden’s first Professor of Science Based Business. In his lecture in the Large Auditorium of the Academy Building, Simcha argued that broad universities with a focus on fundamental research, like the University of Leiden are critical in fuelling innovation in new high-tech sectors such as the life sciences, high-end instrumentation, and data sciences.

Simcha used his lecture to outline challenges for universities, firms, and policy makers at the nexus between science and business. For universities, Simcha used examples from his research on the history of the American biotechnology industry, to highlight the importance of free spaces for organisational experimentation within universities. Such spaces have historically been critical in sprouting some of the most valuable contributions by universities to industrial innovation. Moreover, Simcha put forward work on the development of deeper, more long-term partnerships between universities and businesses as critical to capitalising on the value that can be found at the nexus between science and business

For science policy, Simcha used examples from his research to underline the notion that remains counterintuitive in some policy circles, that strong public institutions safeguarding fundamental research infrastructures are crucial to the dynamism of a national innovation ecosystem. And finally, Simcha used examples from the healthcare arena to outline how a broader mobilisation of scientific resources at the national level, represents an opportunity to attract and cultivate private research and development activities in the critical industries of tomorrow 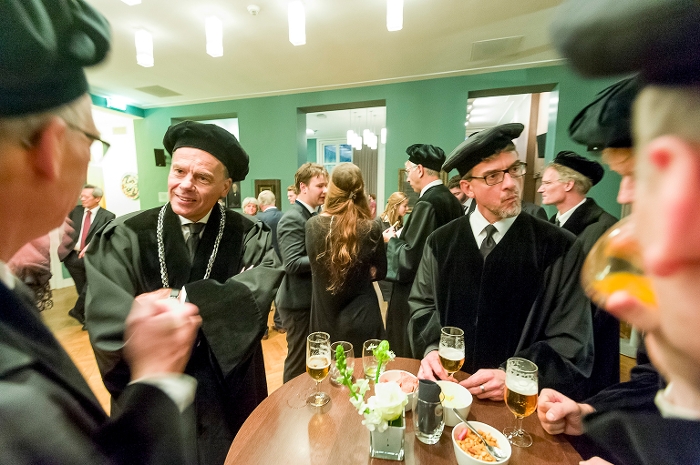 The establishment of the new Chair of Science Based Business reflects the commitment of Leiden University to scholarship in technology management and entrepreneurship.  The remit of the new Chair will be to forge collaborations across research groups of the Faculty of Science, LUMC, the Leiden BioScience Park, and beyond to advance scholarship in the area of technology management and entrepreneurship.

About Science Based Business

Science Based Business (SBB) spans science, medicine and business, focusing on areas such as technology management, innovation, entrepreneurship, operations and decision making. SBB fuses business scholarship with technology and industry engagement. Our programs forge strong relationships across the Faculty of Science, LUMC, and the business community of the Leiden BioScience park SBB currently offers two MSc specialisations and a BSc minor for students from the Leiden Faculty of Science and LUMC.

Simcha joined Leiden University in 2016 as Professor and Director of Science Based Business. He is responsible for developing new research, teaching, and outreach activities in management for the Faculty of Science. 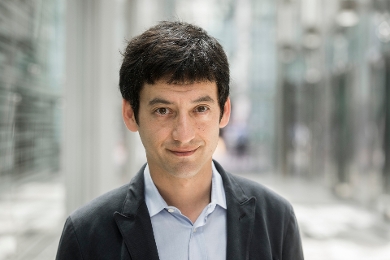 Simcha was previously a visiting Assistant Professor at the Department of Global Health and Population at the Harvard T.H. Chan School of Public Health, and a member the Global Health Systems cluster at Harvard. He also was an Assistant Professor at the UCL School of Management and the faculty chair of the UCL Healthcare Management Initiative. Simcha has a PhD in Social and Political Sciences from the European University Institute in Florence, Italy, an MPhil in Management Studies from the University of Cambridge (first class honours with distinction level), and a BA in Social Science from Utrecht University’s University College (cum laude).

Simcha’s group studies the organisation of R&D in science-based industries, and the commercialisation and implementation of new technologies in healthcare systems. Simcha’s research on healthcare management and innovation has been supported by funding bodies such as Innovate UK, ESRC, NESTA, NIHR, and BIS, as well as industry partners. Simcha’s projects examining business development strategies for science-based firms, and the commercialisation of disruptive cell therapy and personalised medicine technologies. In 2015-16, Simcha was a member of The Lancet Commission on Diabetes Care in Sub-Saharan Africa.