The project is directed by Richard Cosgrove and Colin Smith from La Trobe University, Melbourne, Australia. Wil Roebroeks and Alexander Verpoorte from the Faculty of Archaeology at Leiden University are involved in the analysis of the lithic technology.

Globally the ice age settlement of southwest Tasmania and southwest France (40,000-10,000 years ago) was part of the spread of anatomically modern humans (AMH) out of Africa. Archaeologists have long speculated about the common problems faced by humans under the rigorous ice age conditions and whether analogous behaviours can be traced in the archaeological record. 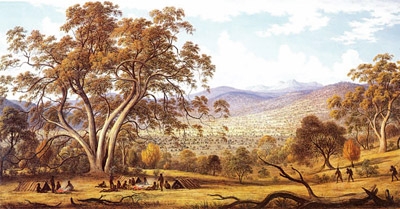 The aim of this innovative research project is to study the faunal and technological data to identify patterns of hunting and mobility in two regions at opposite ends of the globe. Tasmania, at forty-two degrees south, represents the most southerly extent of modern humans at that time. Southwest France, at forty-two degrees north, is the classic region for the Upper Paleolithic of Europe exemplified by a concentration of ice age cave art (e.g. Lascaux). The project addresses one of the fundamental issues of ‘global archaeology’: the ability to compare modern human behavioural variability and climate change cross-culturally by applying the same analytical tools.

The Leiden contribution will consist of lithic analysis of long sequences from one or two French cave sites using a methodology that is identical to the one used for the Tasmanian cave sites. The analysis will identify variation and change in discard rates of lithic debitage and tools and look for similarities and differences with the Tasmanian data.