Less is more: reduced mycelial heterogeneity for improved production of enzymes and antibiotics 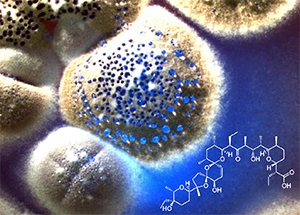 The majority of clinically important antibiotics that are used to combat bacterial infections are derived from filamentous, multicellular bacteria, called streptomycetes. In addition to antimicrobials, and also other medically relevant natural products including anticancer agents, these organisms produce numerous enzymes for medical and technical applications. Many of these enzymes are most efficiently produced by streptomycetes themselves ( i.e. not by other cell factories), because they require host- specific machinery for their folding, modification and release into the medium.

Growth of streptomycetes in fermenters is characterized by the formation of so-called pellets of interconnected filaments known as hyphae. The typical size heterogeneity of these pellets strongly reduces the desired specific productivity, which is one of the main reasons for the sub-optimal performance of streptomycetes in bioreactors.

This project tackles the heterogeneity in productivity by applying innovative cell-wall engineering approaches. This knowledge will be used to develop uniform Streptomyces cell factories that are tailored for the production of (novel) enzymes and antimicrobials. This project strongly benefits from the expertise in Leiden and from collaborations with outstanding research groups, and is also supported by major biotech industry. Taken together, this work will contribute to the sustainable production of bulk enzymes and future generations of antimicrobials.

W. de Jong, H.A.B. Wösten, L. Dijkhuizen and D. Claessen (2009). Attachment of Streptomyces coelicolor is mediated by amyloidal fimbriae that are anchored to the cell surface via cellulose. Molecular Microbiology 73 (6), 1128-1140.