The 260 year old prize of the Legatum Stolpianum has been awarded in 2014 to two well written historical studies of high quality and with current significance. Leiden classicist Tazuko van Berkel is one of the two prizewinners. 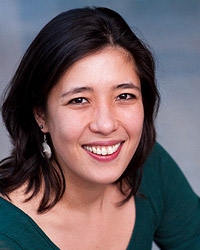 Tazuko van Berkel receives the prize for her study about the impact of the introduction of minted money in Ancient Athens on the discourse about friendship,  philia. A question that is still relevant today: To what extent can social interactions be described appropriately with economic metaphors? Van Berkel earned her doctorate in Leiden in 2012 with the study  The Economics of Friendship: Changing Conceptions of Reciprocity in Classical Athens. The trade edition of her disseration is in preparation.

The second prizewinner is Egil Asprem, who works at the University of Amsterdam. He receives the prize for a study about physics, parapsychology and esorteric discourse in the early twentieth century.

The prizes will be awarded on Friday May 16, 2014, in the Senate Hall of the Academy Building of Leiden University.

The prize, established in the last will of Jan Stolp in 1753, is one of the oldest academic prizes in Europe. There used to be annual prize questions, on the power of reason and empirical studies in theology and on reason in ethics. As an Enlightenment phenomenon, the prizes were about faith, science, and civilization. On the basis of the will of Jan Stolp, the jury consists of professors in theology, philosopy, medicine, law, the natural sciences and the humanities. Since 1959, the prizes have been awarded for dissertations already published