Matthew Hobson is a postdoctoral researcher in the ERC granted research project 'An Empire of 2000 Cities: urban networks and economic integration in the Roman empire', directed by Luuk De Ligt and John Bintliff (Archaeology). 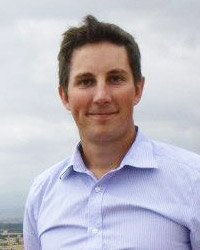 Matthew has been employed as a Post-doctoral Researcher and Lecturer on the European Research Council funded project, An Empire of 2000 Cities: urban networks and economic integration in the Roman empire, directed by Professor Luuk De Ligt and Professor John Bintliff at the University of Leiden. This year he is teaching two literature seminars on the Ancient History MA programme: ‘Debating the Ancient Economy’, and ‘Roman North Africa: a stolen continent.’

Born in the UK in 1982, Matthew read Archaeology and Ancient History at the University of Reading (2003), practicing field archaeology in the commercial sphere for several years before completing an MA and PhD at the University of Leicester. His PhD thesis, 'The African Boom? Evaluating Economic Growth in the Roman Province of Africa Proconsularis' (July, 2012), supervised by Prof. David Mattingly, examined the literary, epigraphic and archaeological evidence for North Africa's social and economic development during the Roman period. Matthew has supervised research excavations in Libya, Tunisia, France, Italy and the United Kingdom, and achieved the position of Project Officer in British commercial archaeology. His main research interest is in developing an understanding of the changing social structure of the Roman world, explored through the themes of economic exploitation, class and imperialism.

From a young age Matthew was involved with the large-scale excavations conducted by the Sedgeford Historical and Archaeological Research Project (SHARP), Norfolk, UK. He spent many summers (1999-2006) as part of this democratically and volunteer-run public archaeology project.  Matthew was supervisor of the Middle Saxon (8th-9th century AD) cemetery excavation from 2002 to 2004 (during which time he was involved in the excavation of the Sedgeford Hoard. He became a director of the project in 2005, undertaking a further evaluation of a Roman period farmstead and also overseeing the completion of the eleven-year excavation of the cemetery in 2006.

In the following years, Matthew continued to be involved in teaching students archaeological excavation and recording in the context of research excavations. In the summer of 2007 he was involved with teaching undergraduate students on a trial-trenching project conducted by Dr John Creighton, of the University of Reading, and Dr Tom Moore, of the University of Durham, at Source de l'Yonne near Mont Beuvray - Bibracte Centre of European Iron Age Research in Burgundy, France (Creighton and Moore 2008). The next year, Matthew supervised an area (SE corner) of the University of Reading's complex urban excavations at Silchester Roman town (Insula IX). As a member of the field school headed by Amanda Clarke and Prof. Mike Fulford, he was involved in teaching undergraduate students and members of the public archaeological excavation and recording.

Whilst a doctoral student at the University of Leicester, Matthew taught undergraduates excavation at a Roman-Byzantine rural settlement in modern Cesenatico, Italy, with Dr. Denis Sami and Dr. Neil Christie, and gave lectures and seminars to MA students on aspects of the economy of the Roman empire. During his time at Leicester he also became a member of the Desert Migrations Project, headed by his supervisor Prof. David Mattingly, conducting survey and excavation in the Libyan Sahara. In 2008 he joined the project as part of the excavation team. In the 2009 and 2010 seasons he supervised the excavation of a 5th-century AD Garamantian mudbrick-tomb cemetery at Taqallit in southern Libya (TAG012, published in Libyan Studies 40 & 41). The following year, he supervised the excavation of Tomb number 8 in the Royal Cemetery at Jerma (Libyan Studies 42 and Archaeology of the Fazzan, Volume 3). This project ran directly into another, a three-month project conducting survey in the oasis town of Ghadames, in which Matthew was a team leader working alongside members of the Libyan Department of Antiquities teaching survey methodology. By the end of February 2011, however, this work was cut short by the Libyan Revolution, and Matthew drove the non-Libyan members of the team as part of a two-vehicle convoy to the relative safety of Tunisia.

After the completion of his doctoral thesis, defended in July 2012, Matthew had the pleasure of working with the Tunisian-British Utica project, run jointly by the Tunisian Institut National du Patrimoine and the University of Oxford. This involved excavating an area kilns identified by magnetometer survey, which is still ongoing.

Matthew’s research for the next four years will focus on Roman North African urbanism, a subject he touched on briefly as part of his doctoral research. The Empire of 2000 Cities project now gives him the chance to continue to develop his ideas on the development of North African society during the Roman period, within the context of a much broader, internationally-important project.