How many cities were there actually in the Roman Empire? And why did some regions only have a few cities, while others consisted of a tight urban network? Luuk de Ligt, Professor of Ancient History, wants to know the answer to all these questions. With the ERC Advanced Grant of 2.5 million awarded to him by the European Union, he is now in a position to find out.

Publications have local or regional focus 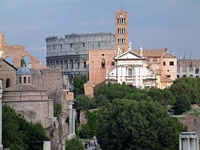 Strangely enough we do not know how many cities there were in the Roman Empire. De Ligt: ‘Nearly all publications in the field of Roman urban history – and there are many thousands of them – have a local or in the best case scenario a regional focus. The first goal of my project, An empire of 2000 cities: urban networks and economic integration in the Roman Empire, is therefore to map the entire urban network of the Roman Empire around the year 150 AD.’ The figure of ‘2000’ in the title of the project should therefore not be taken too literally.

Centres of habitation with urban characteristics 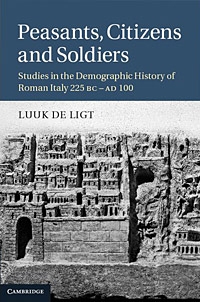 In the first phase of his research, De Ligt is gathering all known data on the size and functions of the cities of the Roman world. This includes not only cities in the legal sense but also centres of habitation that from a functional or demographic perspective display urban characteristics. Think, for instance, of the presence of central facilities and professional specialisations. But De Ligt will not stop at counting alone.

American economist Paul Krugman assumes that the concrete appearance of urban hierarchies in a society is largely determined by the level of economic integration. De Ligt agrees: ‘This can probably explain why the urban network of the Roman world looked completely different from the much better studied networks of Late Mediaeval and Early Modern Europe. But whether this working hypothesis is correct is something that my research in the coming years will have to show!’

With the ERC Advanced Grant, he can appoint at least six PhD candidates and two post-docs. ‘This is perhaps the best part of this project’, says De Ligt. ‘It provides opportunities for talented young researchers’.

Global interaction of Civilizations and Languages is one of the themes for research at Leiden University.