Comparative biology of common and grey seals along the Dutch coast

The research focuses on the population biology of common seals ( Phoca vitulina) and grey seals ( Halichoerus grypus) in Dutch waters and the identification of human influences affecting these populations.

This PhD is based on research conducted in the period 2006-2013 at the Seal Rehabilitation and Research Centre (SRRC, Pieterburen, The Netherlands) in collaboration with several universities. A multidisciplinary approach has been applied to learn more about the different aspects of the biology and pathology of seals and to be able to obtain a comprehensive view on their status in Dutch waters. 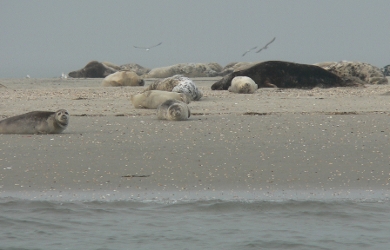