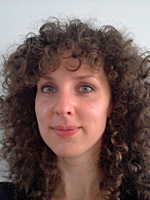 "The one thing I was sure of when choosing my study years ago, was that I wanted to become a writer. Since I liked to learn about history too, the decision was easily made. I have always wondered why people act, societies work, and things happen as they do, and what better way to figure this out than from hindsight?

After struggling through the first year of mostly dry and distant facts, as I experienced it, my interest in history rapidly grew during a third year bachelor seminar. Studying the archives made past events tangible. For the first time, history really became touchable for me (even in something as silly as the left over sand clerks used to dry the ink). I noticed that I really enjoyed reading about crimes and sentences, and placing actions and actors in their socio-economic and institutional context.

With a mixture of amazement, fascination and curiosity, I caught myself various times chuckling out loud whilst reading in the judicial archives about stolen handkerchiefs, detailed elucidations of sexual crimes or excuses people offered for their missteps (according to those, early modern city dwellers had to have been in a continuous state of drunkenness). Cycling through the city where all these things had happened, seeing street names where young men were arrested once for steeling beer tins from a tavern, made it all the more visual.

So, when I read Manon van der Heijden’s research proposal about crime and gender, I was attracted immediately. I’m very happy to have been appointed to work as a PhD student on the Italian case of her project. After having made a few detours through the years, I am now able to continue researching past events. In the best possible environment, I might add. The university offers a very welcoming and collegial workplace, and, furthermore, I’m excited to indulge myself in the early modern world of crime in the Bolognese archives."