Peter Webb specialises in the literature and culture of pre-modern Islam. His research examines community, ethnicity and social identities in the early Islamic world, with particular focus on the origins and development of Arab identity and the stories of pre-Islam recorded in Arabic poetry and prose.

My research focuses on the nexus between literature, memory and the construction of communal identities in Muslim societies, and the current avenues of my investigations explore the origins and evolution of Arab identity and the ways which Muslims have memorialised pre-Islam (al-Jāhiliyya).

My first book, Imagining the Arabs, reappraised conventional opinions about Arab origins by applying anthropological theories of ethnicity and identity to read early Arabic literature’s portrayal of the Arabs. Arabic poetry and prose present a remarkably varied picture of the changes and functions of ‘being Arab’ over time, and I examined the extent to which early Muslims invented the very sense of Arab identity. Currently, my interests concern how populations in the early and medieval Muslim world organised their communities, and how we can interpret the ethnic and social labels such as ‘Arab’, ‘tribe’, ‘Turk’, ‘Persian’ and others commonly encountered across pre-modern Arabic literature.

Muslim lore about pre-Islam is also a key source to explore how Muslims construct their communities and imagine their identities. From the earliest generations to the present day, Muslims have recorded pre-Islamic lore across manifold genres of literature in a wide variety of guises and with a range of different functions, and their approaches to pre-Islam have developed in step with changes in the Muslim world. I am interested in this plurality of ways in which Muslims memorialised the ancient past and how they have used pre-Islam as origin stories. My research is exploring the theoretical approaches we can employ to interpret the literature, with the aim of understanding why Muslims reconstructed the past in the ways they did and how different Muslim communities have defined themselves through negotiating legacies and memories of pre-Islam.

Peter Webb studied Arabic at SOAS, University of London and at the University of Damascus. He then qualified as a solicitor in the insolvency and restructuring law practice at Clifford Chance LLP in London before returning to academia and a Ph.D. at SOAS in Languages and Cultures of the Near and Middle East. Following his Ph.D., he was awarded an Art Histories and Aesthetic Practices Fellowship 2014-15 by the Forum Transregionale Studien, Berlin, and a British Academy Postdoctoral Fellowship in 2015, hosted at SOAS. He joined Leiden University in 2017.

Imagining the Arabs: Arab Identity and the 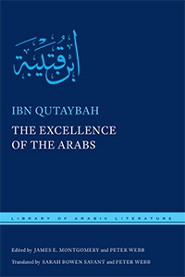 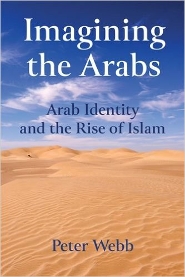