In May-June 2014. large scale excavations were executed in Kampen on a cemetery belonging to a Medieval infirmary (Geertruidengasthuis) by the municipality of Zwolle in cooperation with the Laboratory of Human Osteoarchaeology. During the course of 11 days, the BA and MA students from Leiden University supervised by Rachel Schats and Frank van Spelde excavated over 90 single coffin burials. All the skeletal remains are currently stored in Kampen, but will travel to our laboratory once we have settled in our new building.

The infirmary and associated chapel were consecrated in AD 1348 and most likely in use up to the beginning of the 17 th century. Excavations yielded the interior of the infirmary as well as the walls of the chapel. Burials were located to the South side of the chapel. Interestingly, the burials were orientated in a North-South fashion. Normally, Medieval burials are orientated East-West to be able to face Christ when he would come from the East on Judgement Day. Here, it was apparently more important to face the chapel. Oddly, one of the individuals was buried on its belly with the hands behind its back. 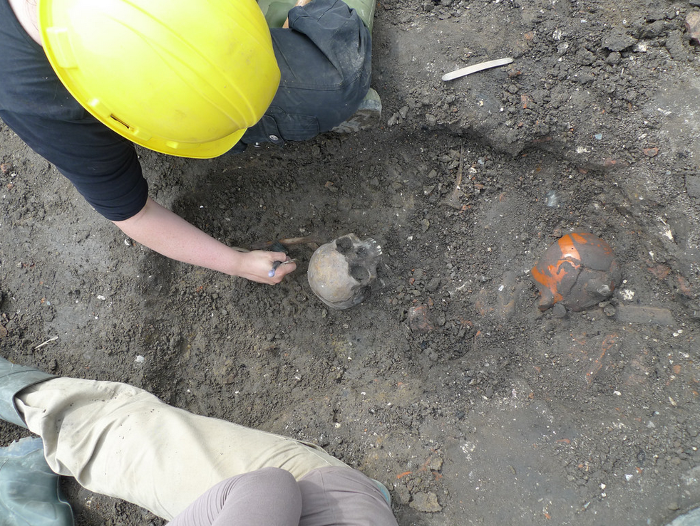 The burials we encountered comprised adult individuals, both male and female, and also children were found in the cemetery. Since this is a cemetery belonging to an infirmary, we were expecting to find evidence for pathological conditions. In the field we noticed that many of the individuals had new bone growth and bone destructions in the legs. At the moment it is unclear what caused this. Once the osteological analysis begins more will be revealed!

At the excavation site, many more archaeological remains besides burials have been found including wooden houses, stone houses, pottery, and cess pits. Please check our Facebook page for more information and images! Additionally, a short video clip and radio item was made by RTV Oost which can be viewed and listened to here. 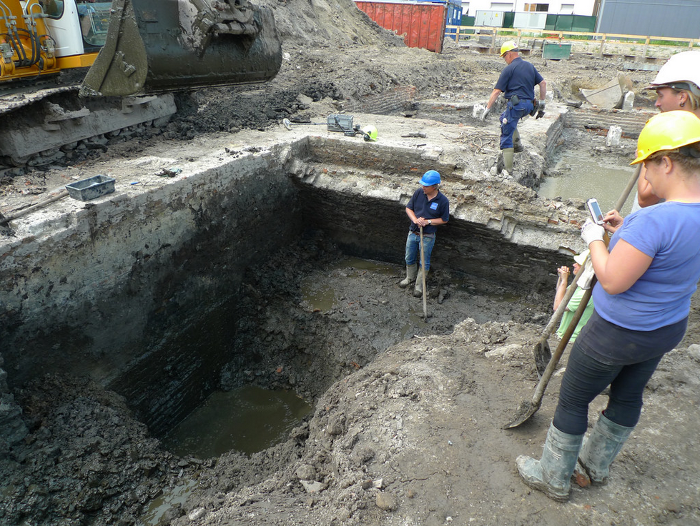 More pictures of the excavation in Kampen.