This part entails the analysis of an extensive sample of animal bone (c. 30,000 pieces) retrieved from well-defined archaeological contexts of the early period at Tell Sabi Abyad, c. 6800-6200 BC. It comprises aspects of taphonomy, ageing and osteometry, the reconstruction of the local spectrum of domestic and wild fauna, the role of domestic animals in the subsistence economy, the composition of herds and the strategies of herd management, the exploitation of the wild and its integration into the subsistence economy, the contribution of hunting to the diet, the (dis)continuity in the exploitation of both domesticated and wild animals through time, and the relationship between the fauna and its natural environment.

An important component of the project is the examination of the degree of domestication (human control) and the identification of the species that were involved in the process of domestication. It is also important to establish whether animals (and which species) were already exploited for their secondary products and, if so, what these products were (dairying, wool, traction, etc.; recent residue analyses confirm the presence of milk at Tell Sabi Abyad around 6200 BC). The differential distribution of animal bone may also serve to define specific activity areas in the settlement and changes therein through time. The potential of this bone sample from Tell Sabi Abyad is quite considerable, in view of the paucity of comparative materials from other excavated sites so far. 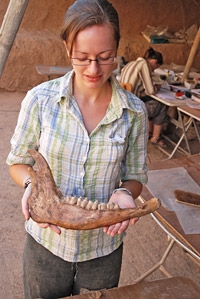 At present, there are many analyses concerning the animal-bone material from the late period (6200-5800 BC) at Tell Sabi Abyad at our disposal (e.g. Van Wijngaarden-Bakker 1989; Cavallo 1996, 2000). Obviously the next step is to integrate this previous work on the late period with the newly obtained results on the early period, to gain an insight into the long-term exploitation of animals. What are the continuities and what are the changes? The integral long-term perspective particularly offers opportunities to investigate the – still poorly known – developments in the process of domestication (notably pigs and cattle) and the role of pastoralism and ovicaprid herd management in the seventh and early sixth millennium BC.

The integral approach allows the evaluation of developments in the use of animals versus the impact of the climate change c. 6200 BC. There is good reason to propose a substantial change in the exploitation of animals at this time, in the shape of an increasing emphasis on pastoralism and the maintenance of animals primarily for their secondary products, rather than for their meat (Cavallo 2000). It would also appear that the role of hunting diminished significantly (Akkermans et al. 2006). The emphasis in the hunt is on animals that were rarely hunted before, such as the onager. There seems to be an increase in animals related to dry steppe environments, at the expense of species associated with more wet, riverine settings. Were these changes at 6200 BC, as it were, anticipated in the early period or do they reflect a series of rapid adaptations to changing environmental conditions and, consequently, changing socio-economic needs at this time? Can we define changes in the environmental setting in which the animals lived? Is it possible to reconstruct patterns and changes in the annual migration routes of animals due to shifts in the environment? In answering these questions, the researcher will profit from the work carried out as part of subproject Climate Change and Natural Isotopes. 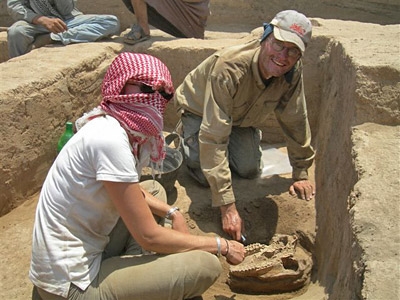