The coastal site of Butrint is situated on a peninsula in south-western Albania, opposite the island of Corfu and Apulia in southern Italy (across the Adriatic Sea). In Medieval times, Butrint served as a connecting bridge between East and West – between Byzantium and the Latin world.

Large-scale excavations have taken place in Butrint for the last 30 years under the direction of the Albanian Institute of Archaeology in Tirana and of Professor Richard Hodges with the collaboration of the Universities of Eastern Anglia and Sheffield (UK).

The excavations have established that Butrint is a multi-period site, occupied from Archaic until Post-Medieval times. Some of its most fascinating monuments have survived, and can still be visited today (among these are the Acropolis, the Forum with its theatre, the Baptistery, the Triconch Palace, and the Venetian Tower).

On the other side of the Vivari Channel, south of the peninsula of Butrint, additional excavations and surveys were carried out by the British-Albanian team. These took place in the Triangular Fortress, at Ali Pasha’s fortress and in the Roman and Byzantine suburb on the Vrina Plain, and brought to light important architectural remains and fascinating finds. 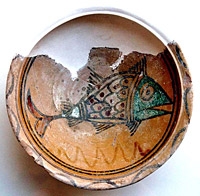 One of the main objectives of the VIDI research project is to trace patterns of production, exchange and  consumption between Butrint and the other three urban sites. Our analysis so far suggests that Butrint’ s contacts reached much further than to its neighbouring regions, such as southern Italy.

In addition, the team explores the spatial distribution of different wares and forms on the site, based on the quantities found, in order to understand ceramic production, distribution and consumption within a settlement and between periods. Finally, the use of space in Butrint after Late Antiquity is explored as well as changes in socio-economic and political circumstances. These last ones led to the transformation of private villas into burial grounds and industrial areas of mussel processing, as well as  the transformation of Roman baths into churches. 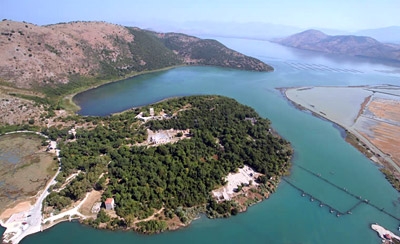 Vroom, J. 2013b, ‘The Medieval and Post-Medieval pottery finds’, in A. Sebastiani et al. ‘The Medieval church and cemetery at the Well of Junia Rufina’, in: I.L. Hansen, R. Hodges and S. Leppard (eds.), Butrint 4: The Archaeology and Histories of an Ionian Town, Oxford, Oxbow Books: 234-240.

Vroom, J. 2012a, ‘From one coast to another: Early Medieval ceramics in the southern Adriatic region’, in: S. Gelichi and R. Hodges (eds.), From One Sea to Another. Trading Places in the European and Mediterranean Early Middle Ages, Proceedings of the International Conference Comacchio, 27th-29th March 2009, Turnhout, Brepols: 337-352.

Vroom J. 2006, ‘Corfu’s right eye: Venetian pottery in Butrint (Albania)’, in M. Guštin, S. Gelichi and K. Spindler (eds .), The Heritage of the Serenissima. The Presentation of the Architectural and Archaeological Remains of the Venetian Republic. Proceedings of the International Conference Izola - Venezia 4 - 9.11.2005, Koper, Založba Annales: 229-236.