Athens is universally known as a symbol of democracy, philosophy, and ancient Greek aesthetics. Some of the most famous classical monuments, including the Parthenon and the temple of Hephaestus, can be found here.

Athens during the Byzantine, Frankish/Crusader and Ottoman periods has only recently gained full attention in the archaeological record. The systematic excavations of the American School of Classical Studies (ASCSA) in the Athenian Agora and numerous rescue excavations by the Greek Archaeological Service in other parts of Athens have brought to light an abundant number of fragments of the history of the city. This archaeological evidence is still awaiting close study and historical interpretation, which will supplement the meager amount of information provided by medieval and post-medieval literary sources.

In particular, excavations at the Athenian Agora (1931 – present) have revealed an extensive section of the centre of the medieval and post-medieval settlement. This lies on top of the political, religious and commercial centre of the ancient period, just north of the Acropolis hill. Excavations of the medieval and post-medieval periods revealed mainly remains of habitation, but also of industrial and commercial activities. 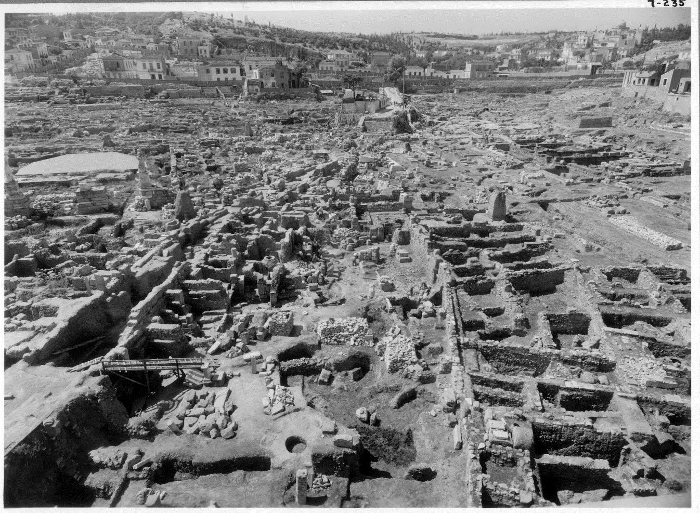 The area of the Athenian Agora attained a residential character towards the end of the Late Roman period (4th-6th c.), and remained occupied until modern times. Habitation is attested in successive excavation layers, which represent successive chronological phases. The Late Roman period is characterized by the erection of spacious villas, decorated with mosaics and sculpture. During the Early Byzantine period (7th-9th c.) a few of these buildings continued to be used, while other, smaller structures were erected.

The Middle Byzantine period (10th-12th c.) saw the expansion of habitation, while industrial activity (such as dyeing or glass production) has been identified in numerous sections of the excavated area. During the 13th c., when Athens was under Frankish occupation, these quarters survived and continued their previous use. The 14th c., a period of high insecurity under Catalan rule, is characterised by contraction of habitation and activity in the Agora: only a few of the earlier buildings are still used or re-erected.

When the Ottoman army arrived at Athens, in the mid-15th c., the former city appears to have been transformed into a small town or even village. Activity became more intensive anew during the 16th and 17th c., and continued uninterrupted until the early 20th c., when the excavations of the American School were initiated.

Many questions remain to be answered: How was the town organized during these periods? Is it comparable with other medieval and post-medieval cities in the eastern Mediterranean? How was everyday life of the inhabitants? Study of the ceramic finds can provide some answers to the above-mentioned questions, but also to issues regarding food and dining habits, as well as cultural contacts: How high or low was the subsistence level during these chronological periods? Which ceramics or food habits may be considered as ‘local’? How strongly were subsistence levels and dining habits influenced by foreign occupation? What are the trade links of Athens, as suggested by imported ceramic vessels?

In this research context, Athens has been included as a focus point of the VIDI project, run by Dr J. A. C. Vroom.  Within the project, research focuses both on issues of typology and chronology, as well as on living conditions, on food habits and on cultural contacts, as these emerge from the archaeological evidence of the Athenian Agora.

The VIDI project has been granted permission by the American School of Classical Studies at Athens (ASCSA) to study and publish material of the Byzantine, Frankish/Crusader and Ottoman periods from their excavations in the Athenian Agora. The methodical recording of the excavations in the Agora allows the team to study this later material in more detail. With the help of field notes, hundreds of photographs, drawings and the finds themselves, the team intends to work towards the reconstruction of living circumstances in Athens during Medieval and Post-Medieval times.

As such, the spatial distribution of finds from Byzantine to Ottoman times are studied in the light of recent discoveries and in comparison to material from other well stratified sites around the eastern Mediterranean in order to map activities, to explore potential uses of buildings and to improve our knowledge on space organization.  In the end, the research aims to make a substantial contribution to the field of household archaeology and to the further understanding of Medieval and Post-Medieval concepts of space. 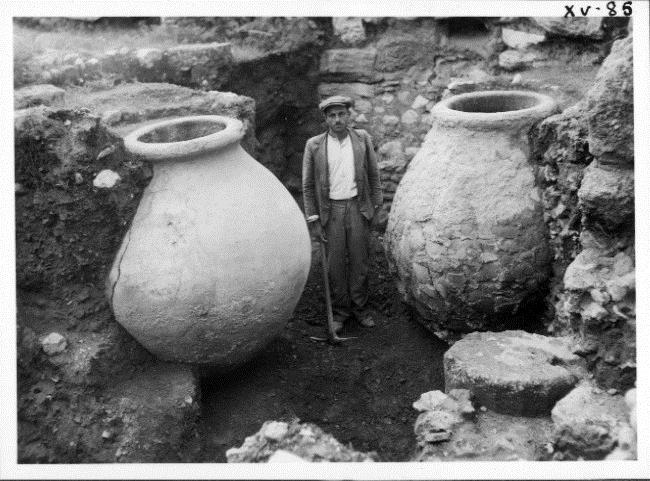 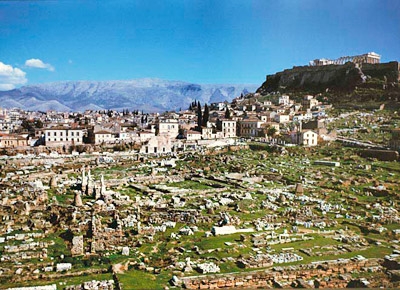 The VIDI project focused in the Athenian Agora on five case studies:

(i)   A well narrates the story of ‘Dark-Age’ Athens

For the first time it is demonstrated that Athens produced its own ceramic wares during the Early Byzantine or the so-called ‘Dark-Age’period (ca. 7th-9th c.), but also imported wares from Italy and the Aegean. Theories about economic isolation during this period are thus contradicted.

This is the conclusion drawn from the study of pottery found in a large number of Early Byzantine wells across the Agora. Until recently, the city centre was thought to have been deserted in the Early Byzantine period.

This is a villa where the Emperor Constans II (641-668) is thought to have stayed during a military campaign, as ca. 700 coins of his reign were found there. Although this theory cannot be proved, our research focuses on the architecture, function, and everyday life of an elite building during the ‘Dark- Ages’.

Research is carried out on the architecture, function and everyday life of a ‘low status’ residence complex.

(v)  Changing dining habits between the Byzantine, Frankish/ Crusader and the Ottoman periods

Research is carried out on the ceramic vessels, and their evidence for dining habits, found in a stratified deposit.

The above case studies are planned to result in publications in the scientific journal of the American School of Classical Studies (Hesperia) and in other peer-reviewed periodicals, and eventually in a monograph. 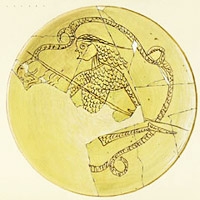 The results from the Athenian Agora  have already been presented at specialised international conferences and will be published as peer-reviewed journal articles and as contributions to collective edited volumes.