Jeroen Wolbers is Assistant Professor of Crisis Governance at the Institute for Security and Global Affairs, Leiden University. In the coming 4 years, Jeroen will study command tactics during sudden-onset crisis operations with his Veni grant. He will investigate how crisis managers can deal with fragmentation. 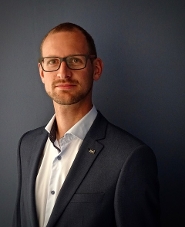 Jeroen will answer these questions in three consecutive research projects by combining different methodological approaches. First, he will study the command tactics used in the counter-terrorism operations in London, Manchester, and Brussels. He will interview involved commanders, and study incident after-action reports. Second, he will observe Dutch crisis management operations of the police and fire department in real-time to study why and when commanders adapt their command tactics. Third, he will perform virtual reality experiments with help of the Police Academy and the Fire Academy to test what command tactics are effective in which situation.

The research findings from these projects will be directly applied into the training curricula of the Police Academy and the Fire Academy. To support this valorization process, the Police Academy and Fire Academy have collectively supported the project with €100.000. As such, this Veni project has a large potential to improve the crisis management capacity of the Dutch Emergency Management services.

About Jeroen Wolbers
Jeroen Wolbers is Assistant Professor of Crisis Governance at the Institute for Security and Global Affairs, Faculty of Governance and Global Affairs of Leiden University. His position is affiliated to the Crisis Research Center (CRC). His expertise lies in fast-response organizing on the topics of coordination, sensemaking, and decision-making, with a special focus on crisis management.

In his PhD thesis Jeroen studied coordination processes between emergency services on disaster sites. His thesis was selected for the top 3 dissertations worldwide in management science with the Grigor McClelland Award 2017, and he was awarded with the VU Faculty of Social Science Dissertation Award. Previously Jeroen was a postdoctoral researcher in the NWO project on Smart Disaster Governance at the VU University, where he performed fieldwork during the response to the Nepal Earthquakes in 2015, the refugee crisis in Europe, and multiple disaster exercises throughout the Netherlands.

The Institute analyses and studies issues in a coherent way from their local transnational and global impact.  ISGA is part of the Faculty of Governance and Global Affairs, based in The Hague.