Propaganda Art- From the 20th to the 21st Century

On January 25th, artist Jonas Staal will defend his dissertation which explores the development of propaganda art from the 20th to the 21st century.

Although it is often assumed propaganda belongs to the history of so-called “totalitarian” states, Staal shows that modern propaganda has its origins in British democracy, and as such, is applicable to all modern structures of power in the past and present.

Whereas in the context of the 20th century Staal discusses the differences between avant-garde, totalitarian, and modernist propaganda art, in the 21st century he proposes the categories of War on Terror Propaganda Art, Popular Propaganda Art, and Stateless Propaganda Art. By means of concrete examples of artists and artworks within each of these categories, he attempts to show how the performance of power in the 21st century translates into different visual forms, and how they shape and direct our reality.

Staal’s study shows that power and art exist in continuous interaction. Different structures of power create the conditions for different forms of art, while art simultaneously contributes to visualizing, communicating, and legitimizing power. Power and art are not the same, but should not be examined separately to one another. Propaganda and propaganda art are not terms that only refer to the past, but concepts and practices through which we can understand the construction of reality in the present.

On Thursday 25 January at 13.00 hrs. Staal will publicly elucidate his artistic work for the Doctoral Examination Committee in the Lipsius Building- room 005, Cleveringaplaats 1 in Leiden. In this artistic presentation Staal shows a selection of works that he made within the framework of his PhD research. At 15.00 hrs. Staal will defend his dissertation in the Great Auditorium of the Academy building, Rapenburg 73 in Leiden. It is not required to make a reservation. 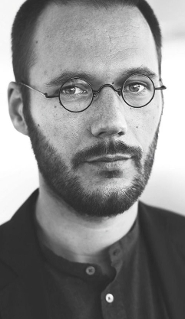 Jonas Staal (1981, Zwolle, the Netherlands) is an artist and founder of the artistic and political organization New World Summit (2012-ongoing) and the campaign New Unions (2016-ongoing). Staal’s work includes interventions in public space, exhibitions, theater plays, publications, and lectures, focusing on the relationship between art, democracy, and propaganda. Recent exhibitions include Art of the Stateless State (Moderna Galerija, Ljubljana, 2015), New World Academy (BAK, basis voor actuele kunst-Centraal Museum, Utrecht, 2015) and After Europe (State of Concept, Athens, 2016). His projects have been exhibited widely, among others at the 7th Berlin Biennial (2012), the 31st São Paulo Biennale (2014), and the Oslo Architecture Triennial (2016). Recent books by Staal include Nosso Lar, Brasília (Jap Sam Books, 2014) and Stateless Democracy (BAK, 2015). Staal is a regular contributor to e-flux journal.