How can rare and expensive materials be used more efficiently to produce cleaner and cheaper fuel? Under the guidance of Marc Koper, Professor of Catalysis and Surface Chemistry, international teams of scientists have published 3 articles in Nature Communications.

Professor Marc Koper is researching the foundation for a CO2-neutral future. Working closely with his colleagues, he is looking for ways to make electrochemical reactions as efficient as possible. They believe that the most efficient way to store renewable electricity from solar and wind energy is in hydrogen using electrolysis, and then subsequently delivering that stored energy using a fuel cell. Using this method, catalysis and electrochemistry can play a major role in the provision of energy.

The materials (catalysts) that are crucial for enabling the electrochemical reactions most efficiently are usually rare and expensive materials, such as platinum and iridium. Recent studies have focused on replacing these expensive materials with cheaper alternatives, or on using them more efficiently. The top three findings from Professor Koper’s research group target the more efficient use of platinum and iridium.

1: New material
The researchers discovered a new material called ‘iridium double perovskite’. This new material can be used for electrolysis, because it has a lower iridium content than the conventional material, but higher catalytic activity. This would eventually make the conversion of electricity into fuel a cheaper process.

Platinum is widely used in fuel and electrolytic cells. Knowledge of how precisely platinum oxidises can help make the catalytic process cleaner and cheaper. Using a new spectroscopic technique called Shell Isolated Nanoparticle-Enhanced Raman Spectroscopy (SHINERS), researchers can see exactly how platinum oxidises at the atomic scale. This process has been shown to be very sensitive to the surface structure of platinum.

At electrode potentials, where platinum should be stabilized by cathodic protection, it proves to be surprisingly unstable. It is etched very precisely according to a very regular process. The researchers demonstrated that this takes place under conditions very similar to the conditions under which platinum catalyses hydrogen production.  An improved understanding of this unexpected process can extend the life of electrochemical cells.

Article: Anisotropic etching of platinum electrodes at the onset of cathodic corrosion 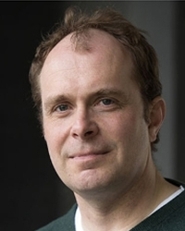 Professor Marc Koper: ‘Renewable electricity from solar and wind energy will play an increasingly important role in our energy system. One of the greatest challenges in this respect is the storage of electricity in hydrogen, for example. If we want to design our future on a large scale, we will need affordable, efficient and sustainable materials with long service lives. Understanding the behaviour and the more efficient use of platinum and iridium will play a major role in this breakthrough. In my research, I will, among other things, focus on the impact of these new findings on real applications.’