Simon Portegies Zwart, professor of Computational Astrophysics, uses computers to simulate the evolution of stars. We speak with him about his field and about the challenges of working with huge amounts of complex data.

Have you always been interested in stars and computers?

‘When I was in school, computers were just starting to emerge. There were those little PCs (or home computers, at that time) that you could connect to the TV in order to play video games. My neighbour had one, a ZX81. At some point he had played all the games he had and let me borrow it. That was fantastic, I wrote my first code on that computer. At that time, I was already interested in astrophysics, especially gravity. Suddenly I could make the computer work for me, and do all sorts of calculations that would have taken way too much time to do by myself. It was not very efficient yet – it was impossible to save the code, and it took all night to work out an equation. But it worked.’ 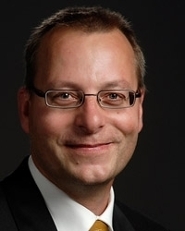 And now you use computers to simulate star clusters and black holes.

‘Yes, among other things, I study the evolution of stars. How do multiple stars develop, how do clusters get their structure? I use computer simulations to mimic that evolution. We obviously can’t simulate these processes in a laboratory, but on a computer we can. By putting physics laws into the computer, we can do all sorts of interesting experiments and simulate things that rarely happen in nature, like two black holes colliding.’

Are there any problems you encounter when making these simulations and calculations?

‘One of the major challenges, in the context of the evolution of stars, is that we're dealing with a gigantic range of time scales. Some developments happen in microseconds, others in billions of years. The problem is that a computer’s precision is limited. If you want to add up 1 and 1000, no problem. But the result of 1 plus 1016, for instance, is simply 1016. Computers cannot cope with such big differences in scale.’

Why do computers have so much trouble with that?

‘They are not so much designed for science, but rather for other purposes, which do not involve such extreme precision. We need to work around these hardware problems by writing smarter software. There are three aspects to my field: ideas, hardware and software. Those three go hand in hand, and we progress the most if developments in these three areas keep up with each other.’

Speaking of hardware: you’ve built a small supercomputer yourself.

‘True, we call it the Little Green Machine. We built it using parts from ordinary PCs, in particular a lot of GPUs - also known as graphics cards. GPUs can do fewer things at once than a normal processor can, but they have many more cores. So if you use 100 of these things effectively to do stupid, but time-consuming calculations, you can calculate much faster. The Little Green Machine is already somewhat outdated, but it may retire soon: we’ve been awarded funding from NWO to build a successor.’

Do you also make use of even larger computers?

‘Yes, regularly. Look, I would prefer to do all my calculations with pen and paper, but that is impossible, of course. The first step then is to use my laptop, which I have access to anytime. If that’s no longer sufficient, I go to a workstation with about 64 cores. When I’m done playing with that, I use the Little Green Machine, which is a hundred times faster. The next step is a university or national supercomputer. And then there are the international supercomputers in the US, Japan, China, and a slightly smaller one in Switzerland. I also like to use those, but the downside is that you must apply for that about six months in advance. But then again, doing similar calculations on a laptop would take 20,000 years, so those few months are still reasonable.’

What role does software play in your field?

‘Software is extremely important, and it is often the bottleneck. Writing code is very specialized work, but generally, there is too little attention for it. When we talk about supercomputers, we tend to focus on hardware - who is going to build them, where should we put them - but nobody speaks of software. Even though such a machine is absolutely useless without it. It is complicated though, since chemists, mathematicians and astrophysicists all use different programmes. Many fields and individuals develop their own software.’

And all those researchers do not exchange this kind of knowledge?

‘No, there are still few scientists who share software, unfortunately. That it is probably the case because every programme has bugs, which we don’t want others to see. And secondly, it can be frustrating when someone else makes good use of the software that you have invested a lot of time in. But it's really important that we achieve more homogeneity is the software that we use. That there will no longer be 85 different packages which all do roughly the same thing. I am working on that in the AMUSE project. If we cooperate more in the field of software, we will be able to solve a lot more problems. This will require us to work more interdisciplinarily though, so we know that we are talking about the same thing. ’

The term Big Data is everywhere now. In astrophysics, almost all data is 'big', I assume?

‘Yes, although you should distinguish between big in the sense of large and big in the sense of complex. But many datasets in astrophysics are both. The data generated by Gaia is a case in point - Gaia is a space telescope that maps the Galaxy, and will determine the positions of about a billion stars. This involves huge amounts of data, which are also very complicated to process.’

What can we do with all that Gaia data?

‘Great stuff: soon we will understand much better how the Galaxy works. And then we can try, for example, to identify stars that were born together with the sun. Such a star has undergone a similar evolution as the sun, so that would be a good place to start looking for a planet similar to Earth, where there might even be life.’

Simon Portegies Zwart is Professor of Computational Astrophysics at Leiden University. He received his doctorate from Utrecht University and worked at the University of Amsterdam, MIT and the University of Tokyo. Portegies Zwart is editor of the open access journal Computational Astrophysics and Cosmology and is visiting scholar at the RIKEN Particle Simulator Team (Tokyo). Recently, he received an NWO Investment Grant to develop a new supercomputer, the Little Green Machine 2.