Tiffany Bousard is a PhD-candidate at Leiden University Institute for History and examines Atlantic news which circulated in the Habsburg or Southern Netherlands during the period 1580-1680. 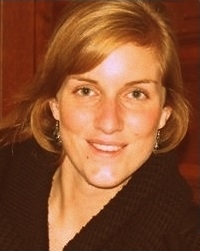 By focusing on different kinds of news reports – for example diplomatic letters, both handwritten and printed newspapers, and Jesuit’s litterae annuae – she maps out divergent, co-existing narratives on the same Atlantic events. She also pays special attention to what extent news accounts controlled by Habsburg and local authorities differed from uncensored ones. By doing so, her project aims to grasp the plurality of both early modern news and the media landscape in the Southern Netherlands.

Her research is part of Michiel van Groesen’s NWO project Covering the Ocean - Newspapers and Information Management in the Atlantic World, 1580-1820.