Philosophy has an important contribution to make to society, says Professor of Practical Philosophy Glen Newey. You need people who can think clearly, certainly in positions of power and authority. Newey stresses that “there will always be a place for philosophy”. An introduction to the practically focused master’s specialisation Philosophy, Politics and Economics. 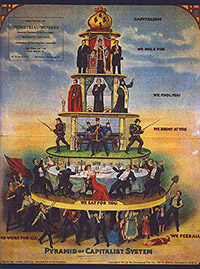 Philosophy has an important contribution to make to society, says Professor of Practical Philosophy Glen Newey. You need people who can think clearly, certainly in positions of power and authority. Newey stresses that “there will always be a place for philosophy”. He introduces Leiden University’s new – more practically focused - master’s specialisation Philosophy, Politics and Economics (shortened as PPE). Leiden University will be among the first continental European universities to offer such a master’s program.

After working at the Université Libre de Bruxelles, Newey started as Professor of Practical Philosophy at Leiden University in September 2014. He also oversees the introduction of the PPE programme. “I want to grow this programme, I think there’s a strong need and interest for it”, he says. “I hope this will become a distinctive, flag ship programme for the University.”

Making sense of the world

Even though PPE is new in The Netherlands, it has been a popular philosophy programme in the English speaking world for years. The University of Oxford was the institution that pioneered the practically focused specialisation. “People want to think theoretically but also practically about how the real world operates. The world is changing fast, certainly over the last twenty-five years with the fall of communism, the information revolution, man-made climate change: we want to think about responses to these changes.” And that’s what PPE can help with. “Philosophy doesn’t get you all the way in answering questions, but it helps to make sense of the world we’re living in.”

There’s also good news for students who reach graduate stage and find that they want to do something with philosophy, but don’t have a specific philosophy background. The PPE programme is specifically designed for students with diverse backgrounds, for example from International Studies – Leiden University’s bachelor programme based in Den Haag. 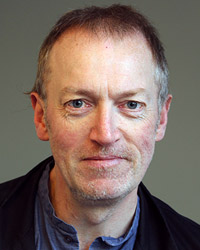 But, one might ask Newey, does the world really need more philosophers? “I’ve gotta say yes!”, he answers. “Philosophy is about rigorous thinking, I think that’s something society always needs. Trying to eliminate contradictions or expose hidden assumptions. It allows you to take a step back to have an overview of the context in which you are working. I think that’s very valuable.”

Check out the video on the new specialisation of Philosophy, Politics and Economics!

Did this spark your interest? See for more information the website of the master’s programme Philosophy, Politics and Economics.