In August it was announced that Jeff Fynn-Paul was named co-recipient of a 15,000 EUR grant given by the Spanish Ministerio de Economía y Competitividad (MINECO). 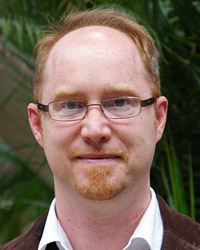 This is the most competitive grant of its kind at the national level. The Project is entitled “Policies of disciplined dissent in the western Mediterranean in the 12th to early 16th centuries (HAR2013-44088-P).” The Principal Investigator is Fabrizio Titone (Vittoria), and the other co-recipients are William J. Connell (Seton Hall), Barbara Rosenwein (Loyola), and Alma Poloni (Pisa). With his share of the grant money, Fynn-Paul plans to travel to Manresa (Catalonia) and Barcelona for two weeks next year in order to do research. Projected project output includes a book chapter and a journal article, as well as one or more international conferences.