With the help of this Global Exploration Grant (National Geographic Society) this investigation will consist of: 1) a full-coverage systematic pedestrian survey to determine the site's extent; 2) designing a data base describing individual mound morphologies (e.g. dimensions, shape, constructive elements), 3) excavation of several spatially spread and morphologically distinct mounds. This fieldwork is planned to extend into 2014 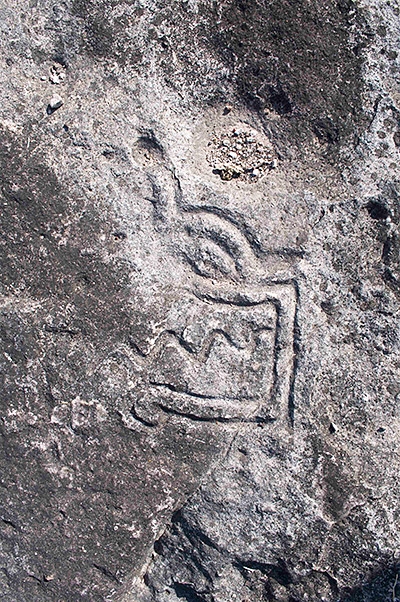 The proposed investigation focuses on the Pre-Hispanic archaeological site Aguas Buenas recently documented by Dr. Alexander Geurds, which is proving to be unique for the archaeology of Nicaragua in a number of ways. Partially completed differential-GPS mapping has revealed that this site consists of more than 500 stone and earthen mounds. This outnumbers by far all other Pre-Hispanic archaeological sites known in present-day Nicaragua. Also, the mounds are spatially arranged forming at least 8 comparable and spatially related arcs on the landscape, the largest one measuring some 400 meters in radius. The full extent of the site is at this time still not fully determined, and mapping, begun during the summer of 2012, has covered an estimated 40% of the site. Finally, preliminary results from excavation confirms human occupation at Aguas Buenas during separate time periods (at least AD 300-500 and AD 800-1200), offering rare insights into the potential Pre-Hispanic re-use of an 'older' cultural locale. Given its unique spatial arrangement and unprecedented size, it is hypothesized that AB held socio-political importance at or beyond the regional level over prolonged periods of time, offering significant potential for improving our understanding of local indigenous cultural practices. 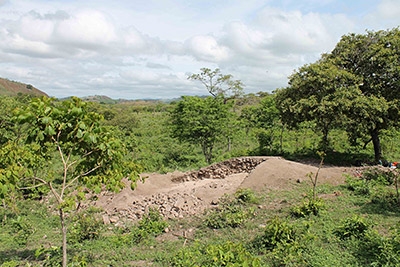 Specific research questions guiding this three-tiered research project are: During what time-period(s) were these mounds built? How were the geometrically nearly perfect circles achieved? Does each mound hold individual importance or do they serve an overarching purpose in the collective of the circle? What was that importance, for example in relation to the surrounding landscape? And finally, how should we understand the unique character of Aguas Buenas in the regional archaeological perspective?

The accepted scholarly perspective is that, during Pre-Hispanic times, a key cultural and linguistic transition zone existed in Nicaragua, joining the Mesoamerican and Isthmo-Colombian culture areas to the north and south. Populations spread across a geographically diverse landscape and subsequently developed chiefdom-level societies, as documented by the Spanish when they arrived during the 1520s. For Central Nicaragua, the entire era of Pre-Hispanic human occupation is still only fragmentarily understood.

The discovery of Aguas Buenas and its unique characteristics point to a vibrant tradition of ceremonial public architecture centering on anthropomorphic stone sculptures and mound construction. The proposed investigation now provides a first opportunity to provide absolute dates on large-scale ceremonial sites, reveal previously unknown cultural practices of monumentality, and help to begin understand how the diverse indigenous communities in Central Nicaragua engaged with their surrounding landscape through collective and long-term efforts.