A linguistics journal based at Leiden University has risen to the ranks of the top-10 journals in the Humanities.

A linguistics journal based at Leiden University has risen to the ranks of the top-10 journals in the Humanities. 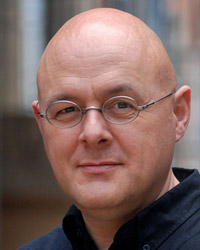 Lingua, an Elsevier journal edited by Prof.dr. Johan Rooryck (LUCL), is now ranked as the eighth journal in the Humanities, Arts, and Literature category of Google Scholar. Lingua also ranks fourth in the Language and Linguistics subcategory. Google Scholar includes most European and American peer-reviewed online journals in its database, as well as non-peer reviewed journals and scholarly books.

"My co-editors and I are delighted with the news", said Johan Rooryck. "The ranking is a recognition of the hard work that we have invested in the journal over the last decade to expand its scope and impact."

Lingua is devoted to problems of general linguistics and publishes articles in all areas of linguistics that shed light on the nature of language as a system. Founded in 1949 by Albert Willem de Groot (1892-1963) and Anton Reichling (1898-1986), the journal currently receives about 350 submissions per year. Previous editors at Leiden University include E.M. Uhlenbeck, Teun Hoekstra, Erica Garcia and Jan Kooij.