Kitty Zijlmans is a Professor Emeritus of Contemporary Art History and Theory/World Art Studies at the Leiden University Centre for the Arts in Society.

I take an interest in the field of the contemporary development of art and art theory and in the formation of art theory in the discipline of History of Art. Dynamics and pluralism characterise the field of visual arts. Important changes typical of the present period, such as - apart from the globalisation movement - the incorporation of science and technology on a grand scale, all have a great impact on both the production of art and how art is conceived. More and more crossover art can be seen to occur in the different disciplinary arts (sculptural arts, photography, design, fashion, architecture), different domains (art and science/ technology; art and other social fields) between art and popular (image) culture; and multi-media are employed increasingly (the application of all possible materials, technologies and media). This results in a great variety of art practices and art forms which trigger the need to reflect upon the place of art in our culture and to develop new theories in order to gain a better understanding of these processes.

Art historical research in the contemporary period is conducted under the heading ‘Contemporary Art beyond Boundaries (CAbB)’, of which Professor R. Zwijnenberg and myself are the programme directors. The research programme focuses on two artistic practices which are breaking fresh ground and have two points of particular interest: Contemporary Art and Discourse in a Globalizing World (K. Zijlmans) and Interactions of Art and Science (R. Zwijnenberg).

‘Contemporary Art and Discourse in a Globalizing World’ is directed towards a critical research on current concepts, theories and art practices in a globalizing world. At the centre we find, on the one hand, the question of how (contemporary) art is reflected in inter-culturalisation processes, how it questions these processes and discusses them, and, on the other hand, there is the is the question of the interdisciplinary cadres and concepts from which these new products of art can be understood and positioned. Within this field of activity, an increasingly complex process of identity formation occurs. This has great impact on the social and cultural domain. Art assumes a position in which this multiple cultural dimension has become problematic and where cultural codes are under discussion. Research on contemporary art constitutes the conceptual cadre for ‘World Art Studies: Practices and Debates’, in which concepts and approaches are developed to understand and study art as a pan-human phenomenon.

This issue is the focus of a number of the research projects such as the 2006-2007 collaborative project with the Chinese born, Amsterdam based artist Ni Haifeng ‘Laboratory on the Move’, as part of the research program ‘Transformations in Art and Culture’ (2003-2011) subsidized by NWO/Humanities; the art project and international contemporary art exhibition ‘The Unwanted Land’ (Museum Beelden aan Zee, 2010-2011); the NWO-Humanities/AHRC funded project ‘Sustainable Art Communities: Creativity and Policy in the Transnational Caribbean’with Leon Wainwright (The Open University, UK), and the 2015 international contemporary art exhibition ‘Global Imaginations’, in De Meelfabriek in Leiden.

Kitty Zijlmans (The Hague 1955) studied Art History at Leiden University, and was awarded her PhD in 1989 on a theoretical thesis about art history and systems theory. In 2000 she was appointed Professor of Contemporary Art History and Theory/World Art Studies in Leiden. She was member of the Steering Committee of the ESF (European Science Foundation) Network ‘Discourses of the Visible: National and International Perspectives’ (2003-2007) and member and from 2007-2012 Chair of the Steering Committee of the Research Program ‘Transformations in Art and Culture’ [TKC, 2003-2012], funded by NWO/Humanities, the Netherlands Organization for Scientific Research. From 2006-2010 she was member of the committee BKV (Art and Design) of the Raad voor Cultuur, the Dutch Council for Culture [the Dutch Government Advisory Board for Cultural Affairs]. From 2006-2013 she was adviser for the NIAS, the Netherlands Institute for Advanced Study in the Humanities and Social Sciences. In 2010 she was accepted as member of the KNAW, the Royal Netherlands Academy of Arts and Sciences. From January 2011-September 2014 Academic Director of LUCAS, Leiden University Centre for the Arts in Society. 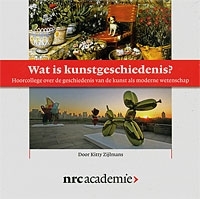 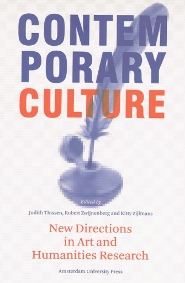 This volume is the closing publication of the long-term NWO/Humanities funded Research Program ‘Transformation in Art and Culture’ (2003-2011). The program was launched with two aims: it challenged scholars to think how the humanities could contribute to a better understanding of present-day processes of cultural and social change; and secondly, it aimed at reinvigoration the theoretical foundations and conceptual frameworks of humanities research and at building bridges with other fields of inquiry, notably the social sciences and the arts. This volume investigates how the interlocked processes of mediatisation, globalisation and commercialisation have shaped cultural practices, social behaviour and feelings of belonging since the 1990s. 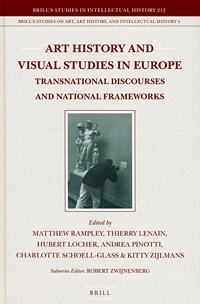 Reflection on the history and practice of art history has long been a major topic of research and scholarship, and this volume builds on this tradition by offering a critical survey of many of the major developments in the contemporary discipline, such as the impact of digital technologies, the rise of visual studies or new initiatives in conservation theory and practice. Alongside these methodological issues this book addresses the mostly neglected question of the impact of national contexts on the development of the discipline. Taking a wide range of case studies, this book examines the … impact of the specific national political, institutional and ideological demands on the practice of art history. The result is an account that both draws out common features and also highlights the differences and the plurality of practices that together constitute art history as a discipline. 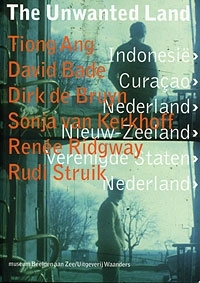 Museum Beelden aan Zee, Scheveningen, 22 October 2010 – 13 February 2011
The Unwanted Land is an exhibition and artistic research project developed by six artists: Tiong Ang, David Bade, Dirk de Bruyn, Sonja van Kerkhoff, Renée Ridgway and Rudi Struik. They have created a collective installation that transforms Museum Beelden aan Zee’s large gallery into an environment that invites public participation in the project. The theme of The Unwanted Land is the personal experience of migration. All the participating artists have been migrants in their own way; each of them has come into contact with a foreign language or culture. Their personal recollections are the basis for works of art that examine these experiences in a colourful, critical and artistic manner. Interaction with the public is an important component of the project. Where is the land that lives within you? This book contains essays by historians and art historians that place the subject in a theoretical framework. The artists recount their experiences of migration in word and image. Several authors, most of whom have their roots in other countries, have contributed personal columns about their experience of displacement and settling in this country. 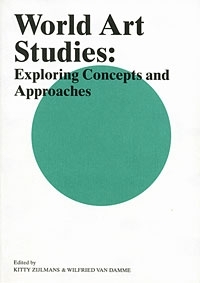 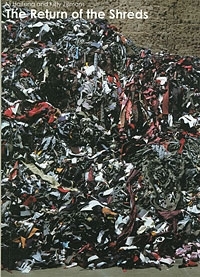 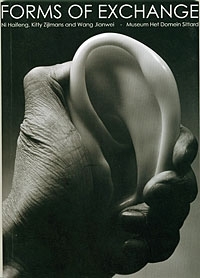 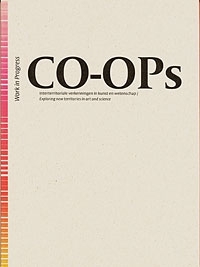 In 2015, Kitty Zijlmans was one of the curators of the big international contemporary art exhibition ‘Global Imaginations’ (26 June – 4 October 2015), in De Meelfabriek in Leiden.

This was a collaborative project between Museum De Lakenhal, the Volkenkunde/National Museum of World Cultures in Leiden, Leiden University Centre for the Arts in Society, and the network organization LeidenGlobal, in the context of Leiden university’s 440th anniversary. Twenty artists from all continents presented thirty art works/art installations. See: www.globalimaginations.com.