Dr. Joanita Vroom (Near Eastern and Mediterranean archaeology) has been invited to join the prestigious French POMEDOR Project as co-applicant and regional coordinator for Greece and Turkey. The POMEDOR Project focusses on the interaction between population, pottery and food in the Medieval Eastern Mediterranean and uses an interdisciplinary archaeological, archaeometric and historical approach to this new field of study.

The POMEDOR project is based at the CNRS ( Centre national de la recherché scientifique) Lyon and is funded in 2013-2015 by the French National Research Agency (ANR, Agence national de la recherche), the organisation which was established by the French government in 2005 to fund international research projects which are selected on the basis of their potential to pave the way for ground-breaking new knowledge.

The POMEDOR Project will investigate in particular the dietary and culinary practices in the Eastern Mediterranean during the Middle Ages in relation to the encounters between local and new populations with different cultural identities (such as Byzantines, Muslims, Seljuks and Crusaders). As one of the coordinators and co-applicants Vroom is now able to use the cutting-edge facilities of the CNRS Laboratoire de Céramologie in Lyon. Financed by POMEDOR funds, this renowned archaeological laboratory will carry out archaeometric and organic residue analyses on the ceramic finds from her Leiden-based VIDI project. 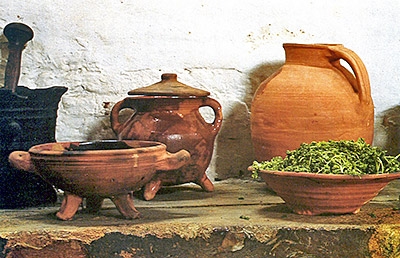