Sander Blok has won the third edition of the annual LION Image Award. He created a colorful image of gold nanoparticles with a low-energy electron microscope.

PhD student Sander Blok receives the first prize at the Ehrenfest colloquium on Wednesday 29 November. His winning picture deserves a place in the wall of fame on the 1st floor of the Oort building, next to the previous winners. Check out below the top 3 of the LION Image Award 2017. 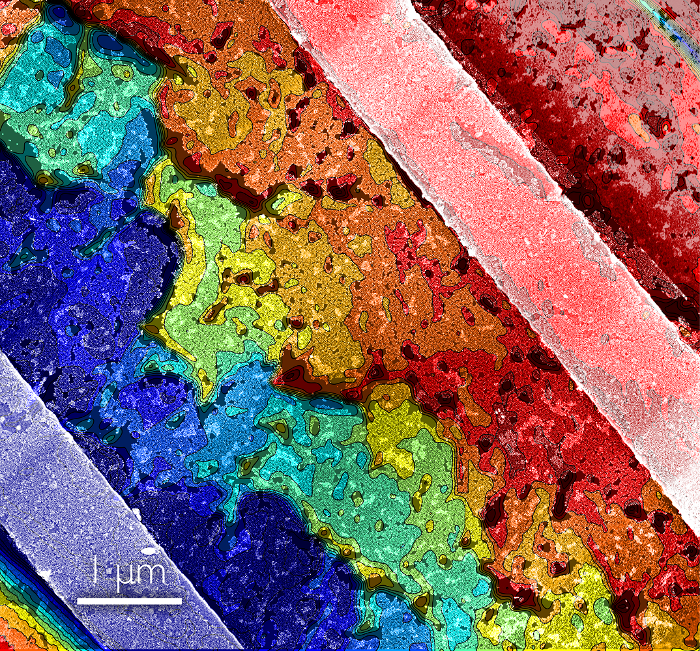 Sander Blok used a low-energy electron microscope to measure the voltage on a network of tiny gold nanoparticles. He does this to study the way in which electric current flows through the network. Each dot is a gold particle of ten nanometers (ten thousand times thinner than a human hair) with a color indicating how high (blue) or low (pink) the voltage is. 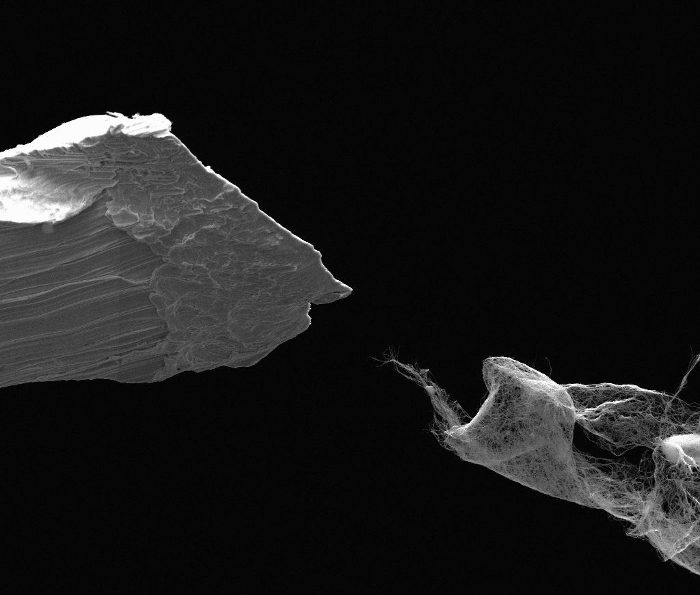 Michelangelo's Creation of Adam, only a much smaller version. Jelmer Wagenaar used a Scanning Electron Microscope for this image. The dust particle on the right consists of filmy carbon nanowires. The intention was to isolate a single wire and glue it on the golden thread on the left, which has the thickness of a human hair. This way, Wagenaar wanted to use the carbon nanowire as a perfect nano pendulum for his sensitive experiments. During those experiments, he measures ultra-weak forces of some zeptoNewtons (10-21 Newton). That is a septillion times less than a human weighs! 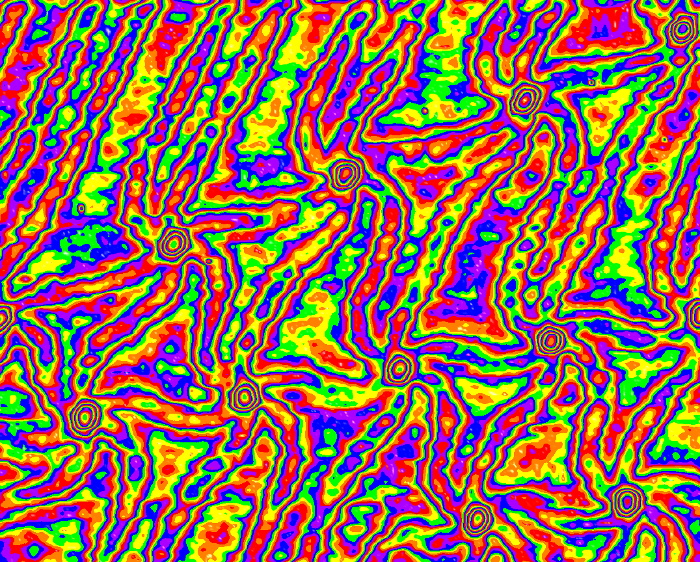 Doohee Cho used a Scanning Tunneling Microscope (STM) to capture this colorful floral pattern on a gold surface. These surfaces are well known for their herringbone structure. The surface consists of two domains with different atomic configurations. The domain walls between two domains look like herringbones. Normally speaking, these walls don’t merge into one point. However, after indenting the surface with an STM tip at a temperature of three degrees above absolute zero (3 Kelvin), the floral patterns appeared.