Walking a tightrope on the Mediterranean Sea

Just off the coast of Libya, aid organisations try to rescue boat migrants. The confiscation of one of the rescue ships shows how important but difficult it is for aid organisations to remain neutral, independent and impartial, says Eugenio Cusumano.

‘Encouraging clandestine immigration.’ On these grounds, the Italian authorities seized the Iuventa, a boat operated by the German aid organisation Jugend Rettet on 2 August. The aid workers were accused of having made agreements with smugglers about taking migrants on board. Although the aid organisation denies the charges, the ship remains tied up.

‘This is typical of the difficult relations between humanitarian organisations and governments,’ Eugenio Cusumano, lecturer in International Relations and European Studies, explains. He is carrying out research on non-government rescue operations in the Mediterranean Sea area. ‘It is very difficult for them to be neutral, independent and impartial in the work they do. Added to that, the work of these organisations has some less desirable side effects that they hadn’t reckoned with.’

Many NGO started to take action themselves because they felt that the different governments were not doing enough. The aim of the aid workers is to stop migrants dying while they are crossing the Mediterranean Sea. In recent times, several thousands of migrants have failed to survive the sea journey.  Cusumano: ‘The problem is that because the organisations are taking action themselves, it gives governments an excuse to do nothing: it lets governments outsource their moral and legal obligations.’

The Italian government is now trying to restrict these rescue operations. All the rescue boats deposit the migrants in Italy, which means that the country has an unreasonable number of refugees to deal with. As a counter-measure, the Italian government recently set out a code of conduct for aid organisations. These measures include that in future Italian police agents must be allowed to travel with the aid boats, and that the aid organisations are required to confiscate evidence, such as outboard engines from the boats responsible for the trafficking. 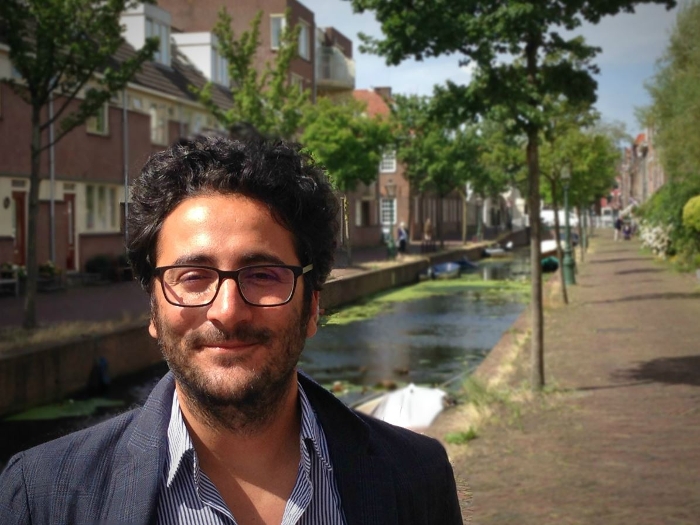 Most aid organisations have refused to sign the code. Cusumano, who grew up in Sicily, thinks that is perfectly logical. ‘Italian civil servants do not understand that neutrality is all that protects these aid organisations. Once the aid organisations allow Italian police agents on board, migrants or people smugglers will see the boats as an extension of the government. And if they start to confiscate outboard engines, they are putting themselves at risk of attack. These engines are worth a lot of money in Libya.’ On the other hand, failing to cooperate in the fight against human smugglers and operating too close to Libyan coasts may expose NGOs to the risk of being prosecuted for abetting illegal immigration: if the claims against Jugend Rettet prove to be true, the organization will be unable to operate again and will face judicial consequences. It will also be a serious blow to non-governmental rescuing at large.

Even identifying people smugglers is not without its dangers, according to Cusumano. As an example, it is difficult to determine whether the captain of a rubber boat is actually a smuggler, or whether he is a ‘normal’ migrant who is being paid to sail the boat.  ‘The main smugglers stay in Libya; you’re never likely to catch the “big fish” in international waters. If you ask an aid organisation to point out the smugglers, you’re infringing their principle of impartiality. You soon get into a moral grey area.’

Critics believe that the presence of aid organisations works as a magnet for migrants who dare to make the crossing.  Cusumano did not, however, find any statistical link between the presence of rescue ships and number of migrant arrivals at the relevant locations. He does make the comment that the refugee boats are becoming less seaworthy, partly because smugglers assume that aid agencies will pick up the  migrants. All in all, aid organisations continue to walk a tightrope between their basic principles and unwelcome side-effects.