How can we improve the everyday sounds of the city? In his inaugural lecture on 28 November Marcel Cobussen, Professor of Auditory Culture, advocates using the expertise of sound artists to raise the quality of acoustic environments in cities.

The city is an inspiring environment 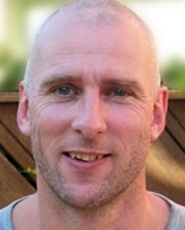 Cities are growing not just in size, but also in importance: more than half of the world's population currently live in cities, and that number is increasing. And around 60% of the world's total gross production takes place in cities. To make cities more amenable to living and also more sustainable, urban planners consider the design and planning of housing as well as public and semi-public spaces. However, sound is a factor that rarely comes into the equation; of all the aspects that determine the liveability of a city, noise is discussed least and is often regarded purely as an unavoidable by-product of economic growth. Urban planners and developers at best aim at limiting noise pollution, mostly by reducing the number of decibels.

Cobussen believes that more attention should be paid to sounds in cities, and that the Humanities, in particular the Creative and Performing Arts, should play a key role in this endeavour. Rather than negative attention in terms of noise disturbance, scientists and artists should make a positive contribution to improving the sonic environment of the city. The sonic environment is not something static; it can be designed, shaped and created, so that it is more pleasant to spend time in particular locations in the city. This is one aspect of what Cobussen calls 'a new sonic ecology'.

'Champ sonique' in Amsterdam by artist Mo Becha. This is the first permanent acoustic artwork in the capital city of the Netherlands. It has been created under the tram line of the IJ, and comprises 48 speakers distributed over three tunnels. Visitors passing through the tunnels are accompanied by pleasant and surprising sounds.

Cobussen believes that artists can study existing acoustic environments - for example, by means of sound walks, permanent or temporary sound installations, field recordings, and so-called sound maps – and offer alternatives. For example, bringing into the foreground sounds that are currently masked, adding sounds to the existing soundscape, removing unpleasant sounds, or transforming and manipulating sounds that are already present. But the first step is to involve sound artists at an early stage in the decision-making on the design of urban areas, and in new construction, such as the new Leiden Faculty of Humanities that is on the cards. 'Applying art in the urban environment shouldn't be seen as a way of trying to staunch the bleeding after the accident has happened,' Cobussen comments. This is another reason why he wants acoustic design to be given a prominent role in education, for example in the new bachelor's programme in Urban Studies at Leiden University.

Cascade and steel construction at Sheaf Square in Sheffield, England. Artists have played a role in improving this central point in the city. The cascade refers directly to the history of Sheffield between the 12th and 19th centuries.

Cobussen wants to set up a new research centre at Leiden University where artists, artist-researchers  and scientists from different disciplines will work together. It will be called the Centre for Phonotony. Phonotony is the feeling of euphoria evoked by the perception of sound; of course, not every sound will cause unalloyed euphoria, Cobussen realises, but he believes projects can be set up that can come close to that.