Hans de Iongh, associate professor at the Institute of Environmental Sciences (CML), was named 'Officier in de Orde van Oranje Nassau' on Thursday 27 October. His work on the prevention of lion extinction in Africa was one of the reasons for this award.

Hans de Iongh received the decoration during his conference in honour 'Human - Wildlife Conflicts in Africa'. Mayor Henri Lenferink was one of the guests of the conference. 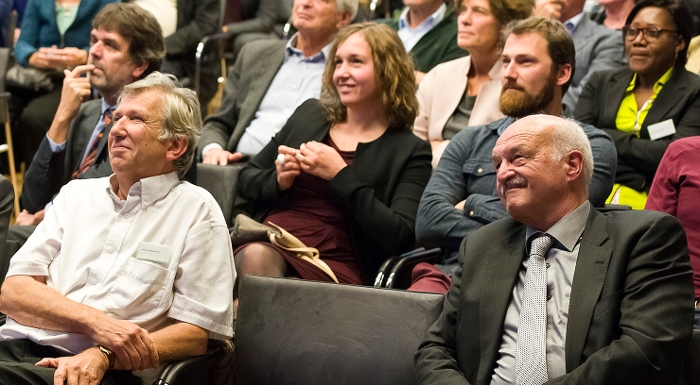 Hans de Iongh has been active in the protection of the tropics since 1990. He was programme coordinator of different university cooperations in Asia and Africa. During his time as coordinator he was involved in research on the protection of large mammals, conflicts between people and wild animals, sustainable forest management and the use of natural resources. However, his biggest point of interest was large predators (mainly lions) and the conflicts between humans and these predators. With his active rol in the International Union for the Conservation of Nature (IUCN) he contributed substantially to the protection of these intriguing animals. Besides his scientific research De Iongh was also active in administration, especially as a representative of the labor union VAWO at the 'Lokaal Overleg' of Leiden University.