Leiden University’s Political Science and International Studies programmes continue to enjoy a solid academic reputation. In the 2016 QS World University Rankings, Leiden is in the top 25 of the most esteemed institutes worldwide. Within the Netherlands, Leiden has retained the first position. 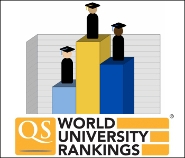 Leiden ranks highest in The Netherlands

The top 25 is, of course, dominated by institutions in the United States and the United Kingdom. Leiden is one of only six non-‘Anglo-Saxon’ institutions represented. Furthermore, Leiden is the only political science institute in The Netherlands enjoying such a high international reputation.

The QS Rankings are published yearly. They measure academic reputation, employer reputation, and research impact—based on global surveys of academics and employers, and on citation and productivity indices in the relevant subject.