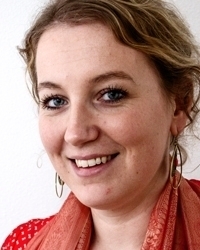 Maartje van der Woude studied Law and Criminology at Leiden University. In 2010 she successfully defended her dissertation entitled Legislation in a Culture of Control in which she analysed the creation of Dutch counterterrorism legislation. She is on the editorial board of PROCES, Journal for Criminal Justice (PROCES, Tijdschrift voor Strafrechtspleging: Boom Juridische Uitgevers). Maartje is on the Board of Directors of the Crimmigration Control International Net of Studies (CINETS) and on the organizing committee of the Collaborative Research Network on Citizenship & Immigration as part of the Law and Society Association. She is also a deputy judge at the District Court of Noord-Holland.

Van der Woude is appointed at the Van Vollenhoven Institute for Law, Governance, and Development (VVI). The VVI is part of Leiden Law School and has traditionally focused on law in developing countries. Van der Woude’s appointment marks VVI ‘s policy to cover the wider field of comparative socio-legal studies.

Van der Woude will formally accept her appointment by giving her professorial inaugural lecture on December 16, 2016 at 4.00 p.m. in the Great Auditorium of Leiden University’s Academy Building.