The conference is part of the new international exchange program between the IHL clinics of Leiden Law School (The Netherlands), Emory Law School (Atlanta, USA), and Radzyner Law School (Israel).

During the five days of the conference, the participants were able to get in-depth knowledge of the conflict situation in the area on the one hand, as well as discuss the applicable rules of international humanitarian law, on the other hand. The clinic students and their supervisors received first-hand practical information from members of the Israeli Defense Forces, representatives of the Israeli Ministries of Foreign Affairs and Defense. Furthermore, they were able to exchange ideas with their counterparts from the USA and Israel, learn about their different legal and cultural backgrounds, and also had the chance to hear the perspectives of Israeli non-profit organizations and academics.

During the conference the participants went on two field trips. The first one was to Jerusalem, where many of the particular problems of the conflict related to the city were made clear. This trip included a visit to Hebrew University, the High Court of Justice and the City Hall. The participants also had the chance to meet and listen to Judge Gabriel Bach, a former Prosecutor of the Eichmann Trial. During the second field trip, the participants of the exchange programme went to Neve Shalom, which is a cooperative village founded by Israeli Jews and Palestinian-Israeli Arabs, who live peacefully together side-by-side in one community. It was very interesting for everyone to see how the community solved the differences between the two people. 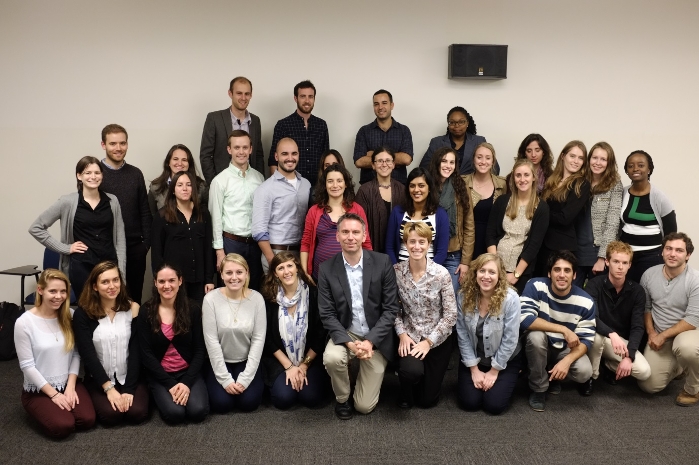 As a result, students were able to step outside the classroom environment and experience the real, practical approach to International Humanitarian Law within an area affected by armed conflict.

The one-week conference is part of a three-year cooperation between the three IHL clinics at Leiden Law School, Emory Law School, and Radzyner Law School, and will be followed by exchange conferences in Leiden/The Hague in 2016, and Atlanta/Washington in 2017.