Biologist Laura Bertola argues that the traditional separation of lions into African and Asian subspecies is incorrect. She has discovered that Africa is actually home to two subspecies. Her PhD defense was on 18 March 2015.

Lions can be found in almost every part of Africa, as well as in a small region in India. They have conventionally been divided into two subspecies: the African subspecies Panthera leo leo and the Asian lion Panthera leo persica. That classification is incorrect, Bertola argues. She studied the DNA of both African and Asian lions and discovered that the animals living in West and Central Africa are more closely related to Asian lions than to other African lions. She concludes that African lions should be divided into two different subspecies. This realisation also changes perspectives for the lion populations from West and Central Africa, who are under a lot of pressure and are in need of better protection.

Separated by rainforests and deserts

‘Over the past 300,000 years, certain lion populations became more and more separated from each other due to climatological changes,’ Bertola explains. ‘Expanding dense rainforests and growing deserts began to act as natural barriers for the lion populations. The isolation patterns this created can still be traced in their DNA. Studying their DNA also reveals which groups of lions were recently still in contact with each other and which have been separated for a longer period in the evolutionary process.’ 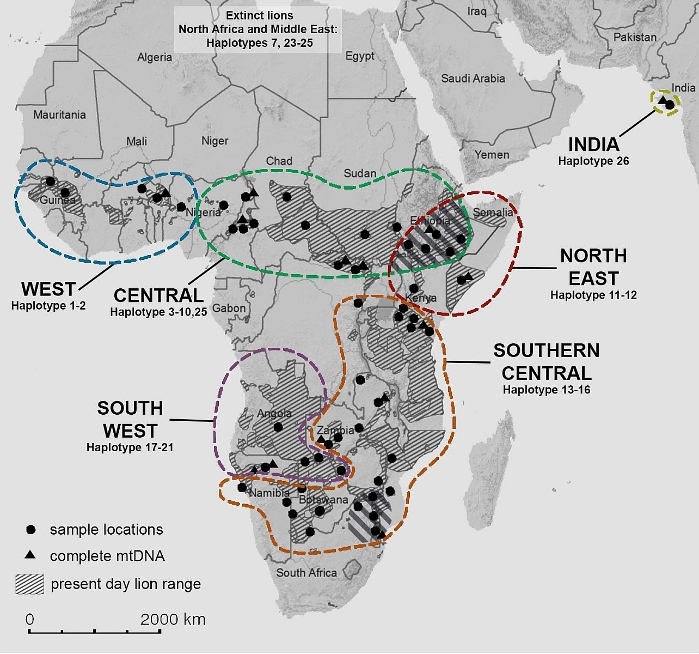 This map shows the different subspecies that Bertola’s research has uncovered. The biggest differences were found between the northern groups (blue, green and yellow) and the southern groups (red, orange and purple). Bertola argues that this representation should be used to differentiate between the two subspecies.

The lions in West and Central Africa are being seriously threatened by the growing human populations in those regions. People are increasingly transforming their habitat into agricultural land, thereby pushing the lions into a corner. Various lions populations have already become extinct because of these pressures. ‘To avoid complete extinction, it’s very important to maintain as much genetic diversity as possible,’ Bertola argues. ‘The first step in that process is to accurately chart that diversity. From my research it has become apparent that current taxonomical standards do not accurately reflect that genetic diversity, so we should alter it.’

Bertola collected her DNA data from dung and hairs, while also relying on blood and tissue samples taken from anaesthetized animals by scientists in the field. Various museums, including the Naturalis Biodiversity Center in Leiden, also let Bertola study old skulls and hides in their collections. All in all, Bertola was able to collect DNA from about two hundred lions, from which she compared various strands in their genomes. ‘My research has revealed patterns in the lion’s genetic diversity and how that came about. It’s the first step towards safeguarding their diversity for the future.' 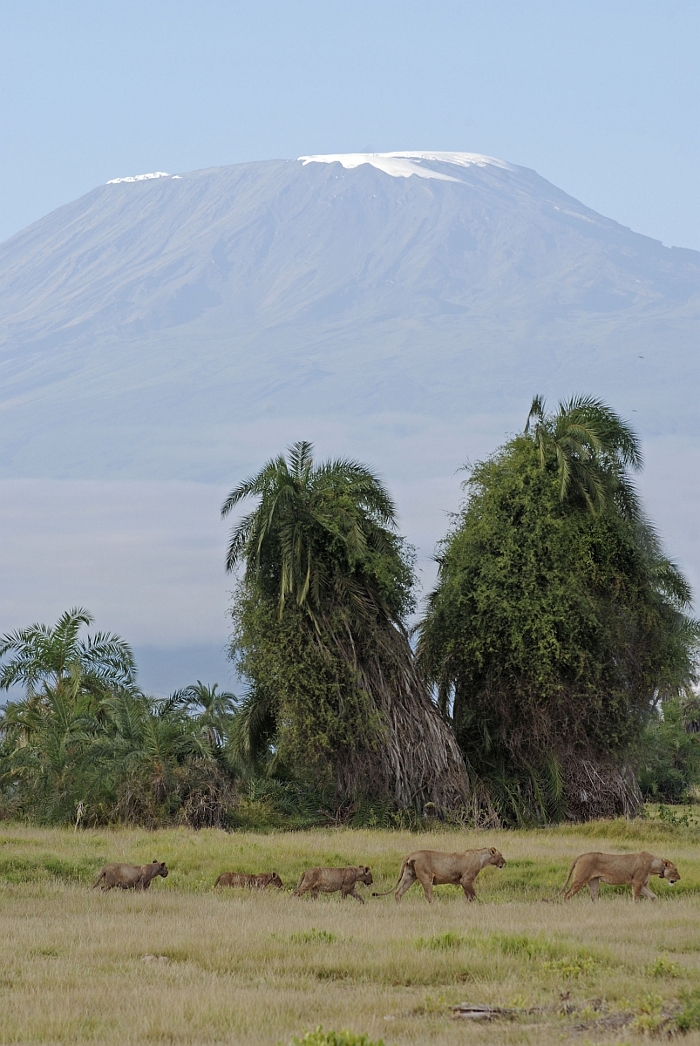 A group of lions from the Amboseli National Park in Kenya that have been included in Bertola’s research. Kilimanjaro can be seen in the background. Photo by Laura Bertola.