Jeroen Touwen is Vice Dean of the Faculty of Humanities and a Senior University Lecturer at the Institute for History. Jeroen Touwen's assistant is Friederike Schnur

In order to make an appointment with the Vice Dean, please contact Friederike Schnur.

Economic and social history is my main interest. I focus on these topics:

My research resulted in various articles in refereed journals and a recent monograph titled Coordination in Transition. The Netherlands and the world economy, 1950–2010 (Leiden: Brill, 2014).

I wrote my PhD thesis between 1994 and 1997 on the economic development in colonial Indonesia. In this book I analyzed foreign and interregional trade statistics and examined growth effects among the various ethnic groups in the Outer Islands between 1870 and 1942. It is published as Extremes in the Archipelago. Trade and economic development in the Outer Islands of Indonesia, 1900-1942 (Leiden: KITLV Press, 2001). I also published a book with statistics on trade in the Java Sea, titled Shipping and Trade in the Java region, 1870-1940. A collection of statistics on the major Java Sea ports (Semarang: Undip Press, 2000 / Leiden: KITLV Press, 2001).

Earlier, I worked for several years at the Netherlands Historical Data Archive (currently DANS), developing ways to archive, document, and retrieve historical data sets for secondary analysis (1989-1994). In 1990-91 I spent a year as a visiting fellow at Rutgers University (New Brunswick, NJ) studying the Medieval and Early Modern Data Bank and preparing the N.W. Posthumus price data for electronic retrieval.

Jeroen Touwen studied at Leiden University (M.A. and Ph.D.) and one year at The College of Wooster (OH).

Fields of interest and teaching

Coordination in Transition. The Netherlands and the world economy, 1950–2010 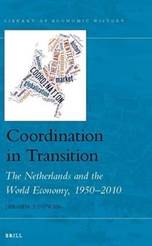 (with Alicia Schrikker, eds.) Promises and Predicaments. Trade and 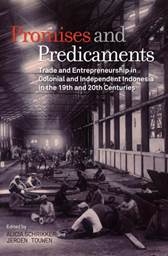 entrepreneurship in colonial and independent Indonesia in the 19th and 20th Centuries (Singapore, NUS Press, 2015)

Extremes in the Archipelago. Trade and economic development in the Outer 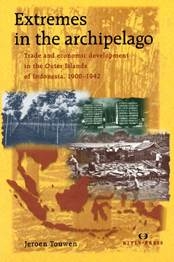 Shipping and Trade in the Java region, 1870-1940. A collection of statistics 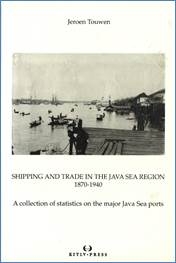