The main research objective is to map the cities of Roman Asia Minor in terms of location, size, urban amenities and juridical status, with the specific aim to understand the reasons how this urban settlement pattern arose.

This project researches the cities found in Roman Asia Minor (modern Turkey). During the second century BCE, Rome’s power was further extended eastwards and the area of Asia Minor, hitherto occupied by vying Hellenistic kingdoms, was incorporated in the Roman Republic. In this period, many cities already dotted the landscape, but during Roman control, a few cities saw massive growth, such as Ephesus and Pergamum. This project tries to capture this new urban pattern at its supposed heyday (set at the second to mid third century AD) by studying the cities en masse. That is to say, that not only the few big cities, or only the heavily monumentalized cities are being studied, but that the numerous small and even tiny cities and towns are taken into account as well. That way, we get a better understanding on what the city in Roman Asia Minor is. 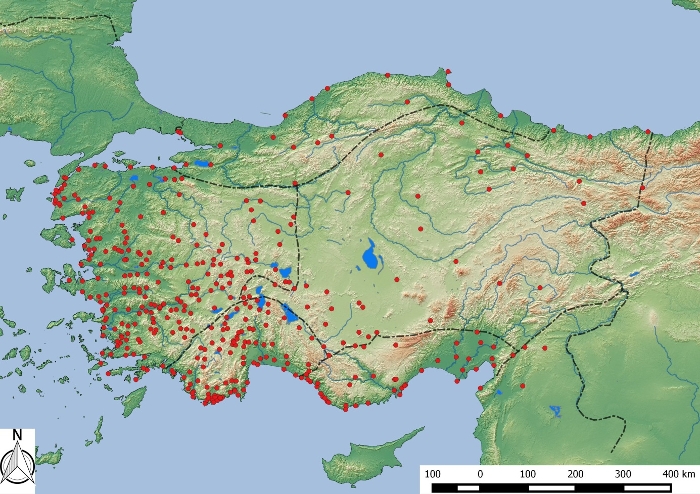 Already it can be stated that the majority of the cities in Asia Minor were of only modest size, with a few big cities being exceptional. This allows for further analysis on the urban hierarchy, such as Rank-Size analysis. Furthermore it is necessary to investigate why some cities grew where others did not, why some cities received dazzling monumental buildings, why some cities got heavily involved in trade and production. To answer all these questions, it is necessary to study the area’s infrastructure and the history and physical lay-out of the cities and record what attributes each city had. For example, the civic status is recorded but the buildings (classified in broader categories) are recorded as well. Similarly, coinage struck by or commissioned by the cities is recorded as well. 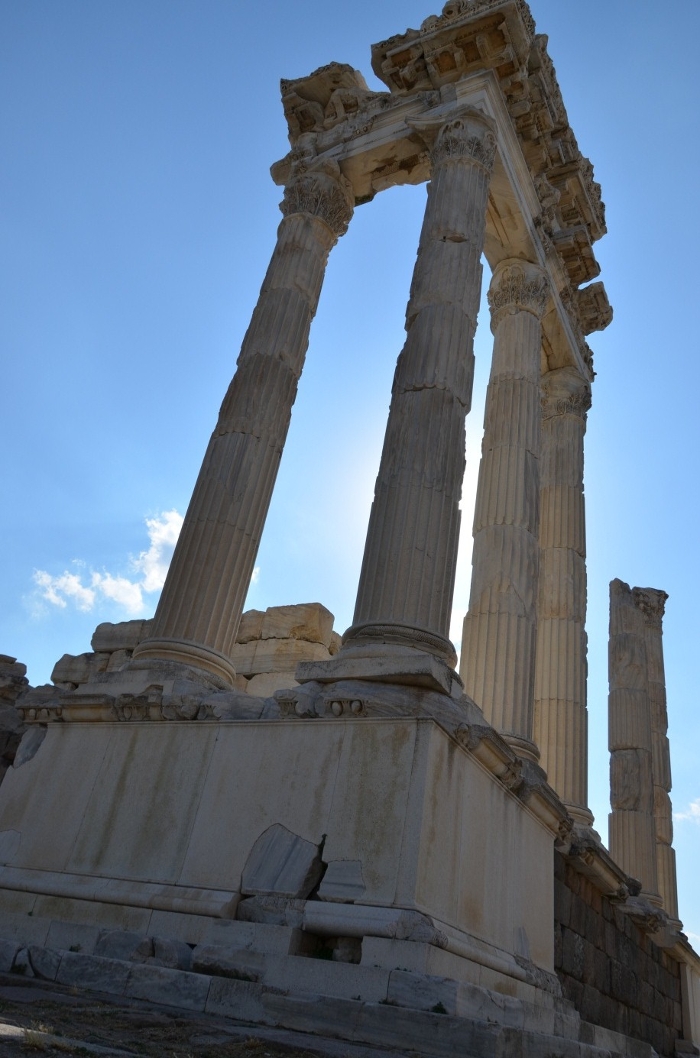 Although sounding ambitious, it must be noted that for many cities in Asia Minor, the data is rather slim and often the coinage, epigraphic record and perhaps a few notes on the monuments made during reconnaissance surveys are all that is known. Luckily more modern archaeological research is being committed on these cities by both Turkish and international teams of researchers, which allow for comparison between the ‘well-known’ and the less ‘known’ cities and towns. For all the research a QGIS based database is constructed which allows for easy access and comparison between the research area. In that way, the rather diverse phenomenon of cities within Asia Minor (and in the framework of the project, within the Roman Empire) can best be approached.