What’s in a plant?

Cultural Heritage Agency of the Netherlands

How can we recognise modern human cognition in the archaeological record? For decades the earliest symbols (art) and hunting strategies have been used to answer this question, but in this project we turn to plants, hoping they will provide a fresh research avenue. In addition to ancient subsistence strategies, plant use may also reveal complex behaviours, such as the production of compound glue from tree resins.

This project has two goals: To reveal ancient plant working by functionally analysing scrapers and macro-lithic tools. We do this by studying microscopic use-wear and use-residues; we reconstruct the contact materials and life-cycles of these tools.

Second, the holistic study of ancient and experimental glues will test a current hypothesis in which compound glues are used as a proxy for complex behaviour. A variety of glue recipes are tested for strength and efficacy and we aim to untangle the production sequence. Our archaeological study objects cover a large geographic area, including North-western Europe, but are rooted in southern Africa, and dated to the Middle and Upper Palaeolithic (~70.000 to 7.000 years ago). 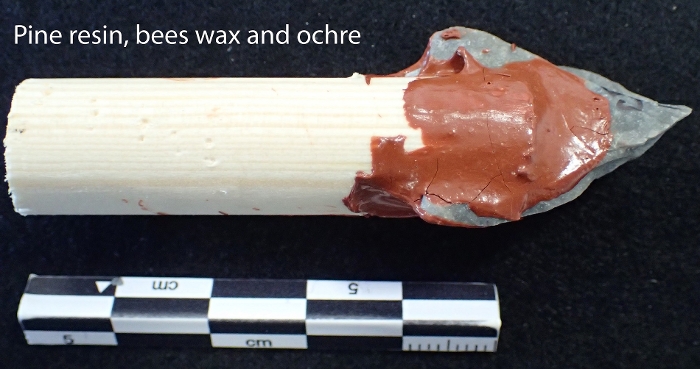 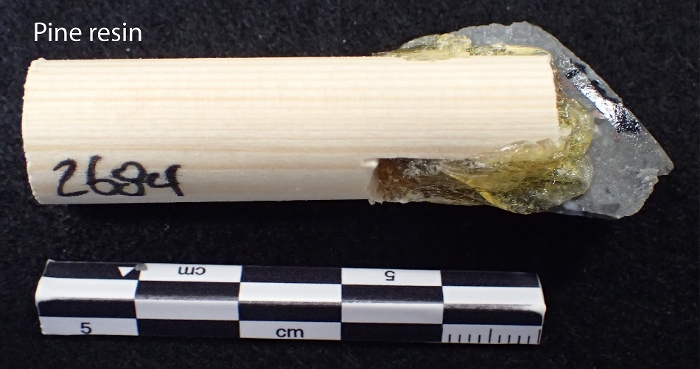 All humans share a common African origin and this project unravels the importance of plants in early Stone Age groups and the complexity of these uses. In doing so, we get a better grip on the first appearance of our shared complex behaviour. Currently, prehistoric plants are understudied, leaving scientists with a very one-sided view that generally is focused on prehistoric art and hunting. This study with its focus on plants will provide a novel perspective on early modern humans.

The Faculty of Archaeology at Leiden University hosts the Material Culture Studies group and the Laboratory for Artefact Studies. The laboratory comprises an array of microscopes used for the functional analysis, and here the prehistoric stone tools are analysed for wear and residues that are left on the objects through use. There are also ample facilities to conduct experiments and to test ideas about how and on what tools were used: a designated ‘dirty’ lab and an outdoor facility at Hosterwold http://www.archaeology.leiden.edu/research/science-based-archaeology/research/experimental-project-huize-horsterwold.html.

A variety of scrapers and macro-lithic tools was selected from the following archaeological sites: Sibudu (South Africa), Likoeng and Ntloana Twsane (Lesotho) and Neumark Nord (Germany). These tools are not considered art and are seemingly unrelated to hunting. We study these objects with metallographic- and stereomicroscopes for microscopic remains of the contact material and for wear due to friction and use. 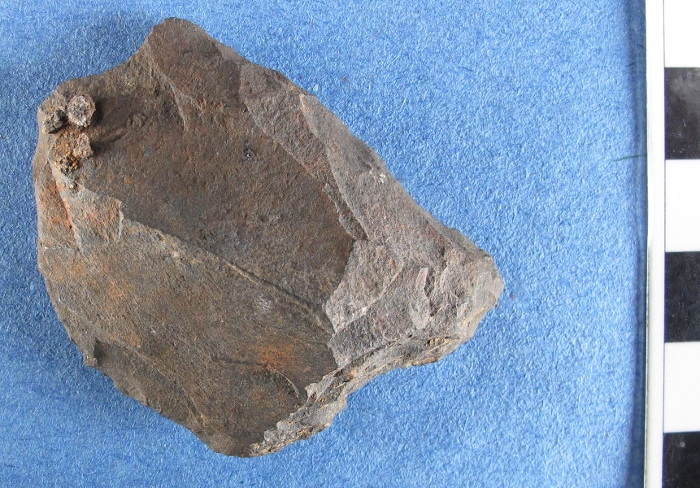 These two methods allow a detailed reconstruction of the tools’ life history, including the working and application of plant materials. In addition, a variety of plant based compound glues are tested for efficacy, including strength, in lab based and field experiments. For the first we use ASTM International standard glue tests. In the last phase of this project we will reconstruct the recipes of ancient adhesives using SEM and pyrolysis GC-MS.

As the initial results from the scrapers show that they were most likely used to work hides, the project focus shifted to a specific residue type we observed on these stone tools: adhesive remains. Tree resins and tar were probably used as a base ingredient of the glue. With the results of the standardised glue tests we show that small changes in the ingredient ratio influence the efficacy of glue greatly. In other words, prehistoric people required a detailed understanding of the ingredient properties to successfully produce glue; this may indicate that when archaeologists find glue, it is indeed is a signal that the ancient users had a complex mind. We have now set out to reconstruct ancient glue recipes.