The domestic implements of the Single Grave Culture: the case of the Noord-Holland province

The use-wear analysis of domestic implements provided new insights of the Single Grave Culture population in the Netherlands.

Three main research themes have been defined for the Single Grave Project: a) the study of settlement variability, which focuses on the identification of functional differences between sites, b) the study of landscape usage, which explores how SGC communities exploited resources and structured the landscape in broader terms, and c) the study of the use and role of material culture.

Some specific questions have been formulated within this PhD: 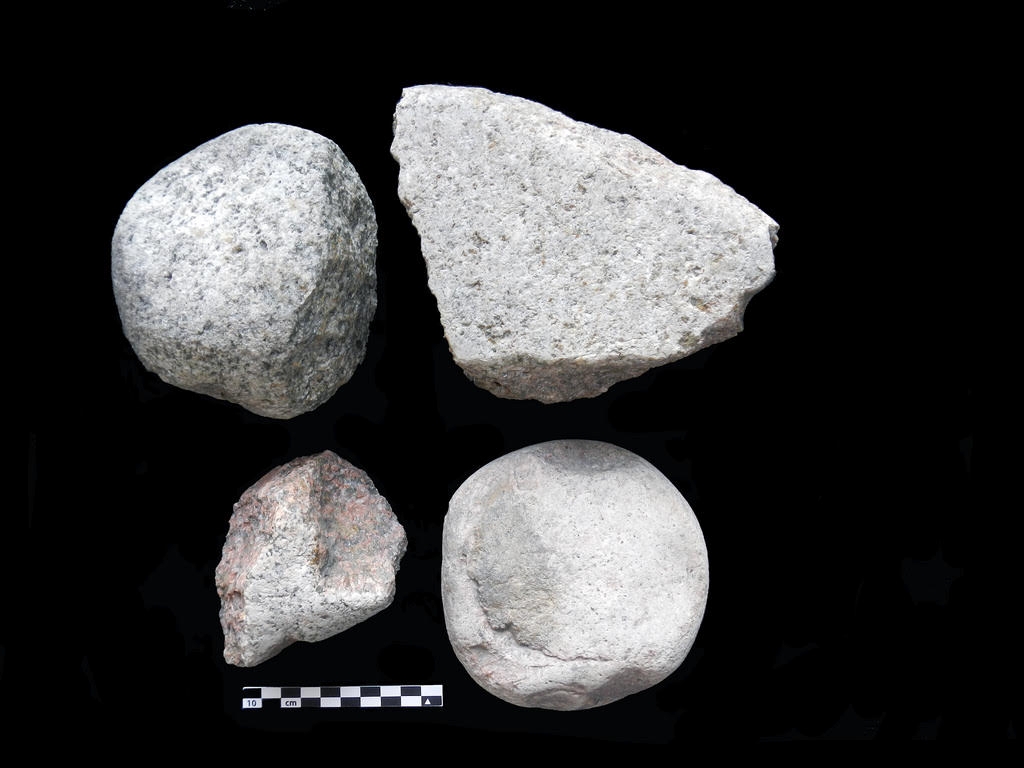 The European Corded Ware Culture, and the Single Grave Culture, are mostly known by the funerary architecture and the depositions of goods. The Netherlands is no exception. Archaeological excavations of domestic settlements are a recent phenomenon, and the number of excavated sites is still low. Although large-scale excavations of Single Grave Culture settlements took place in the Netherlands in the second half of the 20th century, few results have been published. The project aim to study three of these excavated sites: Keinsmerbrug, Mienakker and Zeewijk. This is the first time that three settlements were studied in its totality by a multidisciplinary team.

In order to increase the understanding of SGC, “ NWO-Odyssee programme Unlocking North-Holland’s treasure chest” will focus on three main aspects: settlement variability, use and role of material culture and landscape use. The study of settlement variability focuses on the identification of differences between sites. For this it is necessary to characterize the site settlement size, intra-site spatial organization and functional variability, duration of occupation (permanent versus seasonal); the study of the use and role of material culture focuses on the identification of the cultural biographies of objects. This requires an integral approach to the interrelationships of production, tool use, recycling, discard behaviour, deposition and destruction; the study of landscape focuses on the ways SGC people exploited resources and structure the landscape.

The proposed PhD research will combine technological and functional analysis of Single Grave artefacts (lithic material, the bone and antler implements) from the three selected sites. Tools are understood as the material reflection of the technological development of the prehistoric communities, as well as the carriers of social knowledge and practices. Therefore, to understand how these tools were produced, and used, is the only way to understand their function inside of the social system they were engaged into. Through the application of these methods it will be possible to reconstruct economic practices at the sites and reconstruct subsistence strategies; understand the role played by tools and by sites, and improve the knowledge of the Late Neolithic in Noord-Holland and Europe.

In 2009, the project started under the direction of the Cultural heritage Agency, represented by Hans Peeters. However, during the years, the project was directed by Bjorn Smit, Jos Kleine and Liesbeth Theunissen successively. Annelou van Gijn (http://archaeology.leiden.edu/organisation/staff/gijn.html), from Leiden University, supervised my dissertation and analysed the amber ornaments. In addition, two other PhD’s were appointed at Groningen University: Sandra Beckermans studied the ceramics of the site and Gary Nobles performed the spatial analysis. Both were supervised by Dan Raemaekers, from Groningen University. Botanical analyses were performed by Otto Brinkkemper and Lucy Kubiak-Martens, while faunal remains were analysed by R.C.G.M. Lauwerier, J. Zeiler and  Dick Brinkhuizen. Finally, chemical analysis of residues found in pottery vessels were performed by Tania Oudemans.

The project received a €500.000 grant for four years founding under the Odyssee programme, founded by the Netherlands Organisation for Scientific Research ( Nederlandse Organisatie voor Wetenschappelijk Onderzoek, NWO). The project was organised by the Cultural Heritage Agency of the Netherlands, which participated and collaborated with several institutions and private companies, as the University of Groningen, the University of Leiden, BIAX Consult, ArcheoBone and Kenaz Consult.