Churches and Religion in the Second World War

Despite the wealth of historical literature on the Second World War, the subject of religion and churches in occupied Europe has been undervalued. 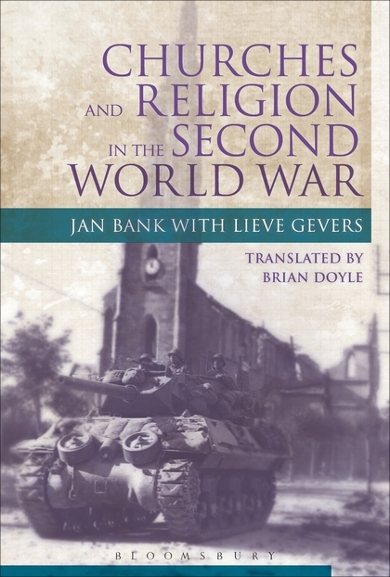 This critical European history is unique in delivering a rich and detailed analysis of churches and religion during the Second World War, looking at the Christian religions of occupied Europe: Catholicism, Lutheranism, Calvinism, and Orthodoxy.

The authors engage with key themes such as relations between religious institutions and the occupying forces; religion as a key factor in national identity and resistance; theological answers to the Fascist and National Socialist ideologies, especially in terms of the persecution of the Jews; Christians as bystanders or protectors in the Holocaust; and religious life during the war. Churches and Religion in the Second World War will be of great value to students and scholars of European history, the Second World War and religion and theology.

Introduction
Chapter 1: Church and State, Church and Nation after the First World War
Chapter 2: Churches and Totalitarian Ideologies
Chapter 3: Churches in Occupied Territories in the Interbellum
Chapter 4: Religion in All Out War
Chapter 5: Churches between Loyalty and Resistance
Chapter 6: The Nazi Mass Murder and the Churches
Chapter 7: The Pope, the Patriarch and the Oecumenical CouncilConclusion