From art to religious ritual; a study of the integration of performance art in liturgy

This dissertation focuses on a new field of artistic research in which a visual artist takes on the role of researcher. The main research question is whether performance art integrated in an ecumenical service, combined with artistic directions from the artist, can enhance the religious experience of those taking part in the church service.

The dissertation is based on a dual approach: a theoretical context and a meticulous description of the creative process leading up to performances, integrated in three liturgical services. Belderbos studied Social Geography and Autonomous Design at the Academy for Arts in Utrecht. He also studied for a year at the Catholic Theological University. After graduating, he abandoned social geography and opted for the visual arts, in particular performance art and installations.

The starting point for Beelderbos's PhD research was his own experience that there is too much emphasis in liturgical practice on the rational explanation and interpretation of texts. He writes in his dissertation that 'The imagination in the form of meaningful rituals, for example, had a rough deal.' 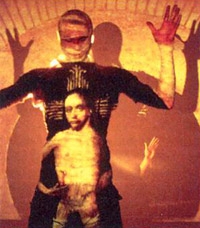 In his performances Belderbos makes use of self-made simple wooden objects. He attaches equal importance to the performers who carry out simple actions such as standing, walking, sitting of colliding with one another. Belderbos makee extensive use of ‘tableaus’, or 'moments frozen in time'.  He draws his inspiration from  Joseph Beuys,  Hermann Nitsch and  Marina Abramović.

By interviewing people who were present at and involved in the performances, Belderbos was able to draw the conclusion that his performance rituals within the liturgy resulted in a deeper religious experience that can have a lasting effect. 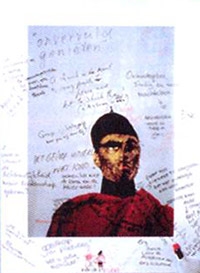 In his dissertation Belderbos also focuses on the subject-object relationship: the relationship of the artist/researcher to that which he is researching. A characteristic of research in performing arts is that there is such a high degree of overlap between these entities that they can almost be said to coincide. This has far-reaching consequences for the reliability and validity of the research. Belderbos relates his work to that of the social sciences where research is difficult to repeat, one of the criteria of 'hard' science. In such research as his, the solution is sought in meticulously describing the inventive process of creation. Through this process, PhD research in the visual arts has developed a ritual of its own.