In 2012, the Dutch National Coordinator for Security and Counterterrorism and the Dutch Probation Service launched a reintegration project for offenders on probation or parole who were (suspected to be) involved in jihadist extremism or terrorism. The initiative's primary goal was to reduce the chance of recidivism among this target group. This article presents the results of a one-year evaluation study (2013–2014) that assessed this initiative's underlying assumptions and practical implementation.

A preliminary look at the project's effectiveness is also provided. The Dutch re-integration initiative was found to be based on largely realistic assumptions on how to successfully reintegrate terrorists and extremists, as reflected in an approach that encompassed both disengagement and deradicalization. Nevertheless, the program's first year saw mixed results, in part because of various obstacles encountered during its organizational implementation. These and other findings can serve as lessons learned for those interested in establishing similar programs. 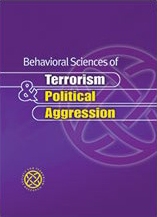