At the LION/Sterrewacht new year’s reception, Scientific Director of Casimir Tjerk Oosterkamp handed out the 2017 Hendrik Casimir Prize to physics students Nashwan Sabti (Leiden) and Nikolas Kavadias (Delft). The Casimir Research School yearly awards the prize to the best MSc students in (Applied) Physics of Leiden University and TU Delft. The prize consists of a certificate and a sum of €750.

The prize is based on the revenues from a donation by the late Josina Casimir-Jonker, wife of the famous Hendrik Casimir. Sabti and Kavadias were nominated by a committee formed by Jos Thijssen (director of Master Education Delft), Martin van Exter (Director of Education Leiden), Hara Papathanassiou (study advisor Leiden), and Luca Giomi (coordinator of the Casmir pre-PhD Master program). 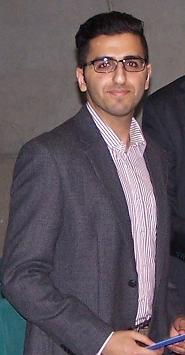 'I'm a second year master student in theoretical physics at Leiden University. Before this, I completed a double bachelor in Physics and Astronomy; also in Leiden. At the moment I'm working on my master's project in the group of Alexey Boyarsky. The project is about constraining parameters of Heavy Neutral Leptons by making simulations of the Universe during the Big Bang Nucleosynthesis epoch. This will complement other experiments that will look for these particles in the near future.' 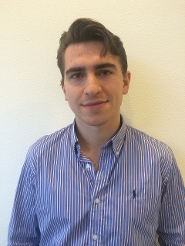 'I have done my BSc in Psychology in Leiden, and after that my BSc in Applied Physics in Delft. Currently I am doing my MSc in Physics in Delft and my MSc in Psychology in Leiden at the same time. I like the differences between the two fields and try to learn as much as possible from both. Currently I am working on a Physics project about closing the gap between theoretical predictions and experimental results on electrical conductance through single molecules when immersed in water. My Psychology project is on finding the critical psychological mechanisms at work in an a specific type of bargaining situation called the anticommons dilemma.'