To celebrate the fifth anniversary of the Hazelhoff Centre for Financial Law, the conference ‘Public and Private Regulation of Financial Markets’ was held on the 11th of May 2017 at law firm Stibbe in Amsterdam. The conference attracted an international audience originating from more than five different countries, consisting of academics, legal practitioners and students.

Why should financial markets be regulated? And how should this be done? As Mr. Frank Elderson, Executive Director at De Nederlandsche Bank, emphasised in his keynote speech, these questions cannot be answered easily. Frank Elderson compared financial law to a pendulum and addressed three dimensions of our ‘regulatory house’: (1) national versus international; (2) public versus private; and (3) simple versus complex. When developing financial regulation, there are many aspects that have to be taken into account and many interests that have to be balanced. The questions posed by Frank Elderson set the scene for an interesting conference.

Prof. dr. Matthias Lehmann, director of the Institute for Private International and Comparative Law of the University of Bonn, spoke about Private International Law and the regulation of financial markets. He began his speech with a comparison between ‘the American approach’ which considers Private International Law an annex to financial regulation, and ‘the European approach’ which considers financial regulation subsidiary to Private International Law. Matthias Lehmann addressed several issues that may rise when the applicable law to financial disputes shall be determined in case the dispute relates to contractual obligations in accordance with the Rome I Regulation. Afterwards, he turned to the application of the Rome II Regulation to financial torts. In tort cases, the applicable law is the law of the country in which the damage occurs, but how does one pinpoint such a place when financial damages are intangible? The European Court of Justice gave diverging answers in the cases Kolassa v Barclays Bank and Universal Music, thereby opening the floodgates for new questions. Matthias Lehmann proposed to add a special provision on financial torts in the Rome II Regulation, focussing on the law of the place where securities were bought or sold (a market oriented approach). As an advantage, this approach would lead to the centralisation of applicable law and thus to the equal treatment of investors. 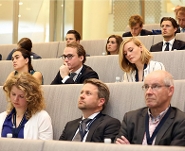 Prof. dr. Jens-Hinrich Binder (Eberhard-Karls-University Tübingen) discussed the influence of the Bank Recovery and Resolution Directive on private law, and in particular on the position of creditors. In the hope of avoiding bail-outs in the future, preserving financial stability, and reducing moral hazard, the Bank Recovery and Resolution Directive (BRRD) offers a substantive framework for the recovery and resolution of failing banks. The BRRD gives the competent authorities of the state of incorporation a monopoly on case management and the discretionary power to privilege systematically important relationships when calibrating resolution actions. Despite the no-creditors-worse-off rule, the pari passu treatment of creditors and procedural safeguards, Jens-Hinrich Binder stated that creditors may eventually be worse off in comparison to ordinary insolvency law. Also, creditors will have to deal exclusively with foreign authorities. Jens-Hinrich Binder was sceptical about the BRRD’s ability to safe the truly big banks should they need it, and called for additional measures to take care of such banks.

The afternoon session of the conference was chaired by Prof. dr. Rogier Raas (one of the directors of the Hazelhoff Centre). The first speech was held by Mr. Rego Boer, senior legal counsel at the Financial Markets Directorate of the Dutch Ministry of Finance. He focussed on the project of the revision of the Dutch Financial Supervision Act. Rego Boer described the current structural and conceptual mismatch between the Dutch domestic legal framework and EU law, which has led to a lack of connectivity and an insufficient level of consistency with EU law. Also, he stated that it is currently insufficiently transparent which rules originate from EU law and which rules have been created at the national level only. Rego Boer listed several options for the revised legal framework to enable efficient and transparent implementation of EU law. The national legal framework could be realigned to closely approximate the design and content of the EU framework, could be made more flexible by the introduction of delegated national legislation or could develop a national legal mechanism for the adequate and transparent implementation and application of EU delegated acts and guidelines. 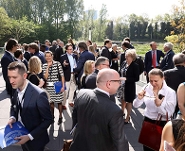 Prof. dr. Femke de Vries, board member of the Dutch Authority for the Financial Markets, focused on the role financial supervisors could play in the settlement of mass claims in financial disputes. She described the legal systems of the United States, Chili, and the United Kingdom, where supervisors have far-reaching powers to settle mass claims through enforcement or through the set-up of consumer redress schemes. Under Dutch law, affected parties can take private action by going to court or to the Dutch Institute for Financial Disputes, but it has been argued that private law provides insufficient protection. Femke de Vries described the potential advantages and disadvantages of increased involvement of the supervisor. On the one hand, increasing the role of the supervisor might improve transparency, regain trust, accelerate the process, and reduce costs. On the other hand, if the supervisor has to act on claims caused by incidents which the supervisor was supposed to prevent, this might lead to conflicts of interest. Also, the settlement of mass claims requires specific knowledge and expertise, while the heterogeneity of the claims makes reaching settlements very difficult. At this moment, supervisors focus on encouraging clients to make use of the existing private remedies, but in the future the role of the supervisor in this regard may be developed.

The final speaker was Ms. Eveline Ruinaard, chairperson of the Arbitration Commission of the Dutch Institute for Financial Disputes (Kifid). She provided insights into the work of Kifid and the way in which Kifid strives to improve its services and make them more accessible. Kifid handles complaints from clients (consumers only) against financial services providers and has recently developed a more personal approach which aims to achieve mutually satisfactory results through mediation. The position of Kifid is not always without problems, banks sometimes seem to think that Kifid decides too much in favour of consumers, while consumers think that Kifid is not consumer friendly enough. Under the current regime, only consumers can turn to Kifid with their complaints; small and medium enterprises are excluded from this opportunity. A discussion has evolved around the type of claimant that can turn to Kifid. Eveline Ruinaard said that it might be desirable to allow small enterprises to bring claims at Kifid, however, she pointed at the complex question of how the term ‘small enterprise’ shall be defined exactly. Finally, the conference was concluded by Prof. dr. Pim Rank (one of the directors of the Hazelhoff Centre).