In the CSM-elective ‘Governance of Crime and Social Disorder,’ Dr. Elke Devroe challenges her students to engage in an interactive group role-play on various themes related to the governance of crime. During this exercise, each group of students brings to life a sensitive security topic – such as mass surveillance, online hate speech and bootcamps - by means of a role play and a concluding debate about the topic of choice. After these performances, the students had the opportunity to cast their vote on their favorite group.

This year’s group of students participated in lively debates on youngsters behind bars, fortress Europe, the sex notification law and the future of security governance. For this purpose, the classroom of the 7th lecture of Governance of Crime and Social Disorder was transformed into a live stage in which each group truly put an effort into reflecting critically and creatively on actual security issues. This year, two groups won the first price: youngsters behind bars and the migration crisis.

Incarceration is frequently used as a punitive measure, and it can protect society from young offenders. However, it could also have negatives effects on the youngsters. The young offenders are often locked away together with adults, while research has shown that this does not positively influence the cognitive development of children. Moreover, incarcerated juveniles are prone to experiencing mental health, educational and behavioural problems. Research on juvenile and adult detention has also shown that incarceration and comparable punitive measures will eventually lead to an increase in criminal behaviour. The group brought these critical inconveniences forward by enacting the case of an adolescent offender on trial for the robbery and assault of an elderly woman. In their creative and engaging role play, the students proposed a compromise: combining incarceration with rehabilitation programs. In that way, punishment is combined with educational improvement and mental counseling, so youth offenders will eventually change their ways and will not fall back in criminal behavior. 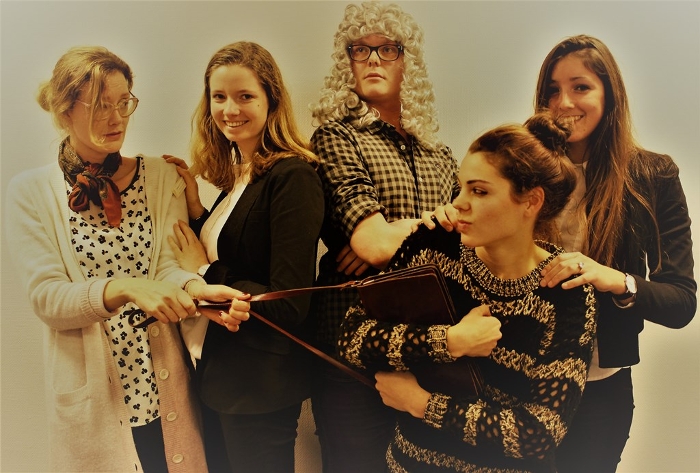 The role play of this student group focused on illustrating the challenges of migration to and within the so called ''Fortress Europe''. The students tried to convey a symbolic image of the hardships that asylum-seekers face when heading to Europe, of the advantages and flaws of the current EU asylum procedures, as well as of the sensitivity of the topic with regards to the politicisation to which it lends itself. By embodying characters with strikingly different political opinions, the students made a case for informed and inclusive political debates on the issue of migration in Europe, which they deemed to be lacking in the public sphere. 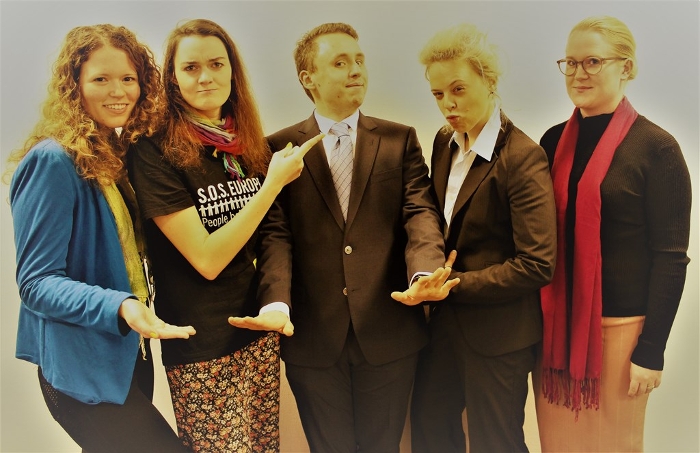