Political Science is often about models, theories, and concepts. But it is more than a desk job; political scientists also travel and get to see and interact with the actual world. Sometimes their research takes them to rather exotic places. Take the example of Diana Dávila Gordillo, PhD candidate at Leiden University’s Institute of Political Science, who occasionally does field trips to her native Ecuador and brings home interesting stories and some powerful pictures. 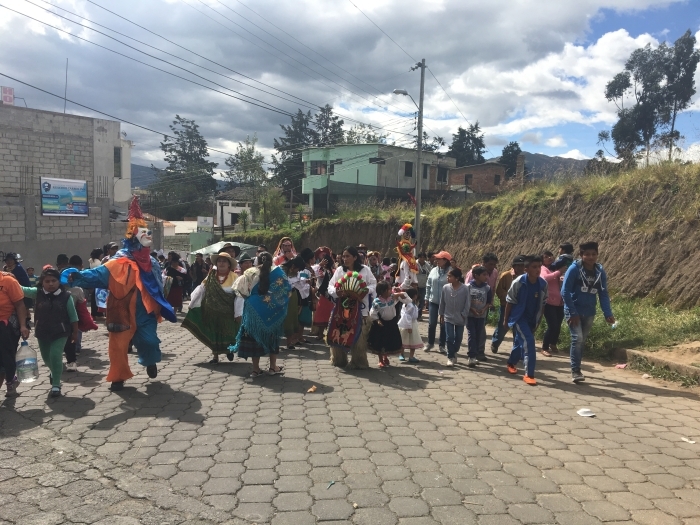 One of Dávila’s travel destinations was the archeological site Puntiatzil in Cayambe, located in the Pichincha Province in northern Ecuador. She visited the site in June 2016, on a ‘break from archival work’. Members of the Pueblo Kayambis Confederation—one of the 18 officially recognised ethnicities in Ecuador—visit the site as part of the Saint Peter’s celebrations and the June Solstice. Puntiatzil is also traditionally a focal point of political activism by indigenous Ecuadorians. 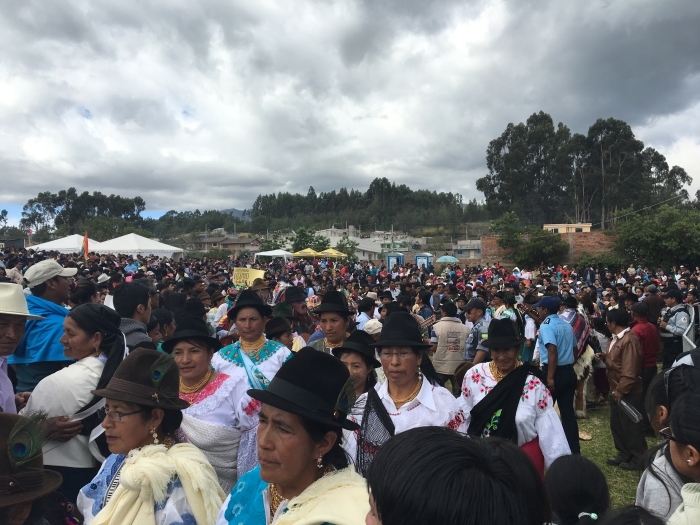 This aroused Dávila’s interest. ‘It was at Puntiatzil that the first indigenous candidate to the presidency of Ecuador, Luis Macas, announced his candidacy, in June 2006. This time around, there was no such news, unfortunately.’ But the annual rally is not without significance. ‘The Kayambis have played an important role in the history of the indigenous movement in Ecuador, taking part of the country’s political life since 1900. They have been instrumental in the creation and formation of Ecuadorian national indigenous organisations.’ 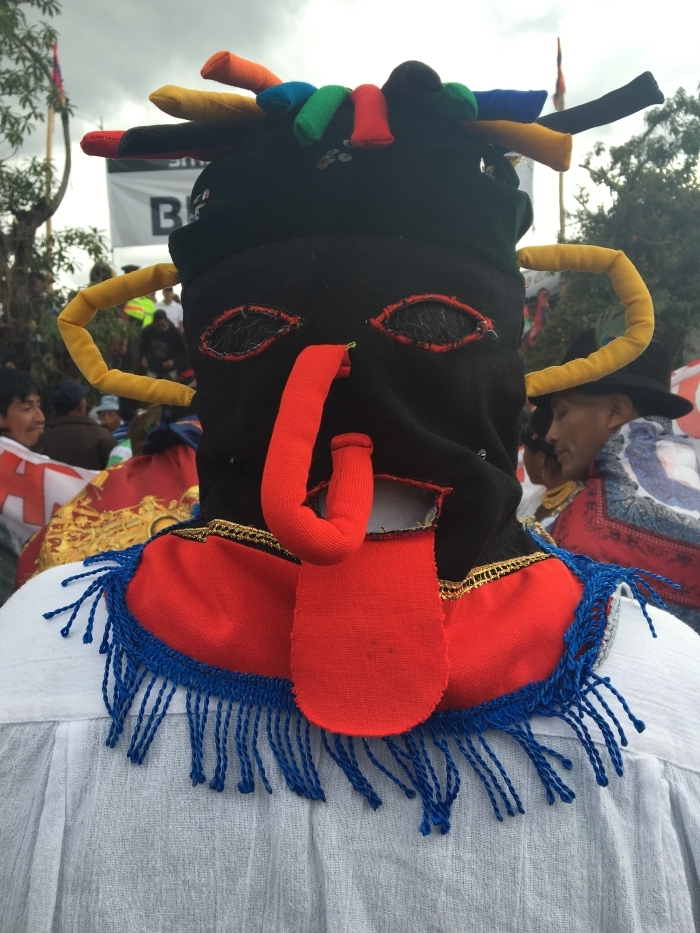 Dávila’s research focuses on one of these organsations, the Movimiento Unidad Plurinacional Pachakutik – Nuevo País (MUPP-NP) or Pachakutik. It was formed in 1996 as the political branch of the Confederation of Indigenous Nationalities of Ecuador - Confederación de Nacionalidades Indigenas del Ecuador (CONAIE), which has been deemed the strongest, oldest, and most consequential indigenous movement in Latin America. Dávila studies the representative capacity of the party, coupled with the variations in electoral support it has faced in the last 20 years.

Pachakurik, says Dávila, was very successful in its first years: in 2002 the candidate Pachakutik supported in an electoral alliance won the presidency. However, this alliance dissolved a mere six months after the candidate took office, and Pachakutik revised its policy of forming electoral alliances. Ever since, the party has faced setbacks at the presidential polls reaching only 2.19% of the votes in 2006 and 3.26% in 2013. 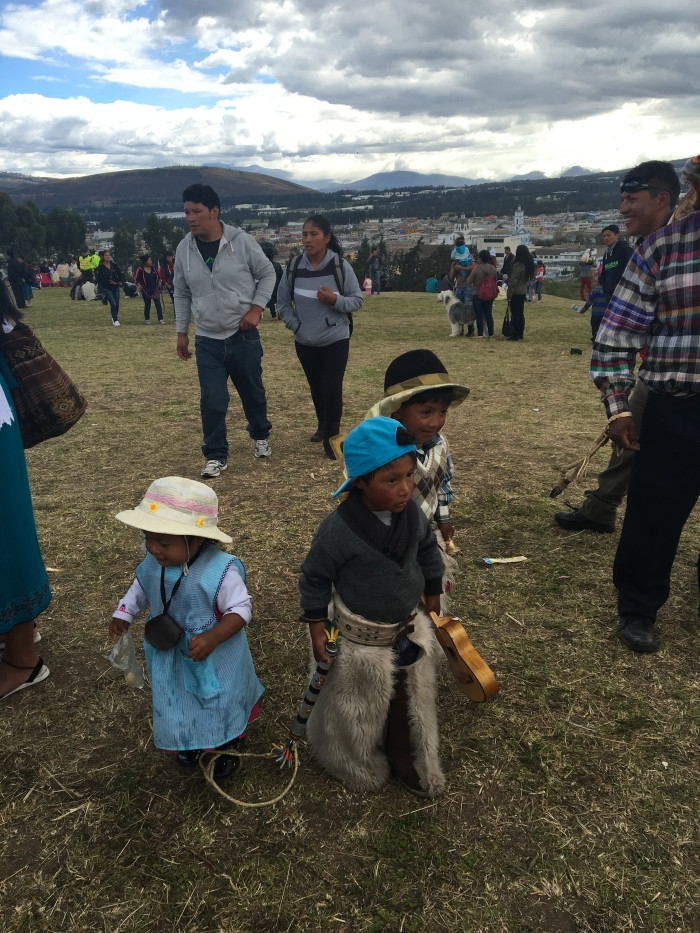 Despite its modest electoral weight, the party is worth studying. Dávila: ‘Pachakurik is a good case for exploring the interaction between ethnic appeal, descriptive representation, cooperation with non-group based parties, and party success.’ Furthermore, there is a debate ongoing about the desirability of ‘ethnic’ parties. ‘So my PhD research also has an interesting theoretical angle’, says Dávila. But that will have to wait, because she has left her desk for her second field trip to Ecuador. 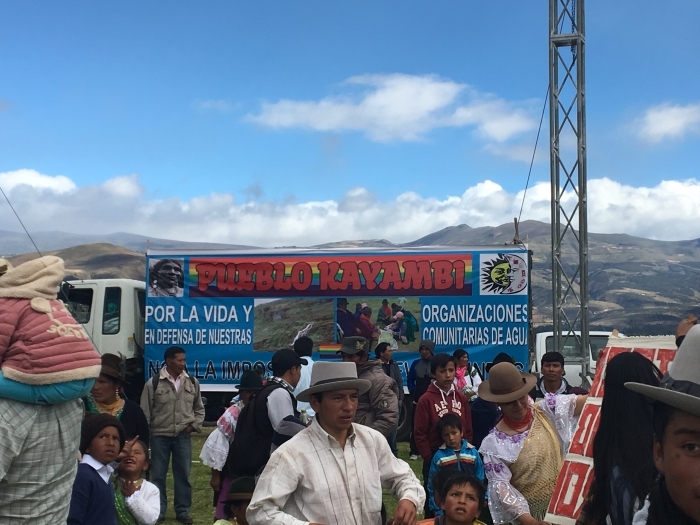