Various ministries started building nuclear bunkers in the seventies to shield themselves from a possible nuclear attack from the East. One of these nuclear bunkers lies below our new Wijnhaven building. This specific bunker was designed for important figures of government, and was built to function as a post of command in case of an attack.

As the Cold War has been over for a while now and the original residents of the building have moved to a new building, the nuclear bunker has lost its purpose. The emergency residence was cleared out in 2013 and the steel door that gives entrance into the bunker has been shut.

The steel steps of the stairs take us downstairs to a red door that gives us access to the underground world. ‘‘It is illegal to enter these grounds on the basis of the laws concerning protecting state secrets. Unauthorized entrance or attempt at entrance is a violation of the law and it shall be punished with a prison sentence of at most 6 years or a monetary sanction of 45.000,-’’ The text on the door paints a vivid picture of the situation in the war: it is but this heavy door that had to shut this emergency residence from the outside world when would times get rough.

The volt that we see after leaving the first door behind is especially designed to resist external air pressure that would be created through explosions. If the residents of the nuclear bunker would be contaminated with nuclear substances, they ought to dump their chemical or radio-active clothing in a special waste chute. After this, they ought to go through a carwash-like shower street in which they underwent a thorough cleaning. On the other side of this shower street was (in case you had not brought your own clothing to the emergency residence) a green overall. After this control post, that was under guard 24 hours a day, we see the first floor of the residence.

This floor has a hall that covers the entire floor with on each side different rooms and chambers. There are mostly command posts, conference halls and radio chambers on this floor. Another important area on this floor was a room in which the quality of the air was measured. In this room, the oxygen supply for the emergency residence was sucked in from outside and was filtered with a special sandfilter and co2-filters.

The canteen was the most important social room, were residents could play games together and have dinner. Cooking happened in the kitchen next to it: the meals were mostly combat rations, so canned meals that were heated up. The prime minister had his own bedroom, but he too was forced to help out in the kitchen if war had broken out.

Both floors contain sanitary facilities with showers and toilets. The mirrors are made out of metal, so they would not break in case of explosion. The emergency residence also had a first aid room with medicine and medical supplies, and a hospital ward with two bedrooms.

The residence had multiple emergency exits: they were actually little emergency tunnels, which you had to climb through in order to get out. One of these tunnels leads to the former parking garage of the ministry of Justice, and another leads to the parking garage of the Turfmarkt. A third ends in the middle of the street (Lage Zand, between Turfmarkt and Schedeldoekshaven). This tunnel requires climbing up from the emergency exit and crawling under the street in order to get to the exit. The last exit ends, with a reason, on the street. If the emergency residence was to ever collapse or break down, it would be possible to leave the building safely. All exits were secured in a way that outsiders could not enter.

Luckily, the emergency residence was never operationally in use, except for a couple of drills. Per the first of juli 2013, the former ministry at the Schedeldoekshaven handed down the keys of the building and the emergency residence to its new owner: the municipality of the Hague. As far as we know, the municipality does not have any plans with the empty nuclear bunker. For this reason, the bunker has been closed for good in 2013. 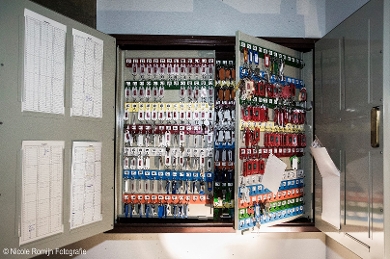 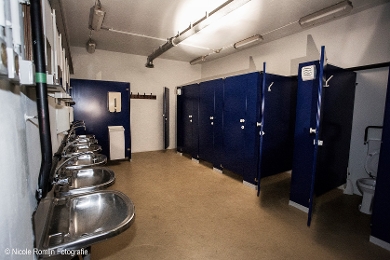 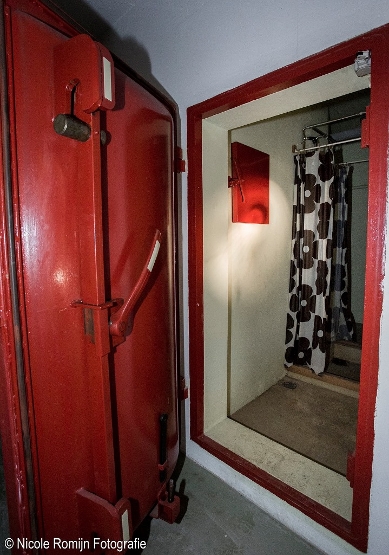 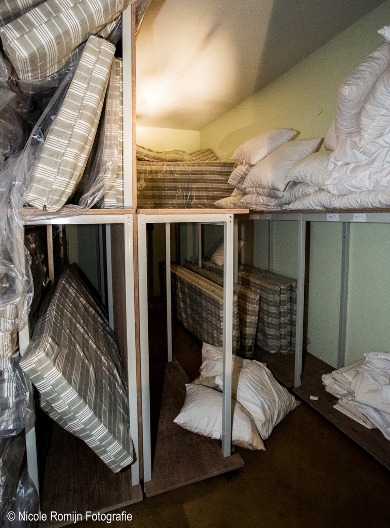 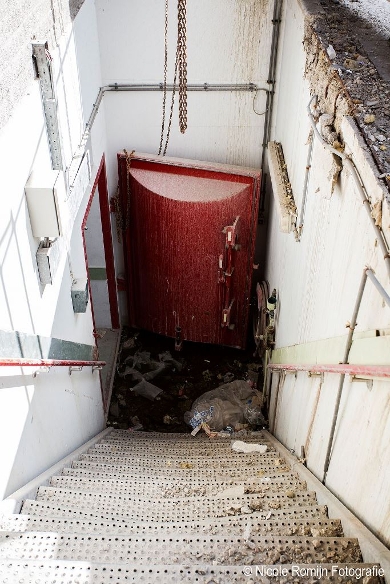 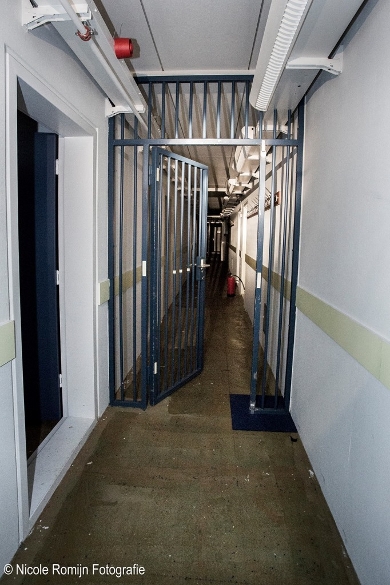