Leiden through the eyes of Chuan Zhao

Chuan Zha from China studied International Relations at Leiden University. He comes from Chengdu, a city of more than 14 million inhabitants, but regards the relatively small town Leiden as ‘more cosmopolitan’.

Why did you choose to study in Leiden?

‘Leiden University has a good reputation all over the world. A Chinese diplomat recommended this university to me as I wanted to study international politics. In addition, Leiden, the city itself, is quite charming with a long history. It is a small and quiet city where it is easy to study. Another advantage is that Leiden University is located in The Hague as well. I visited the Hague so many times for conferences there. It is a great city with an international atmosphere and it's the city for justice and international politics.’ 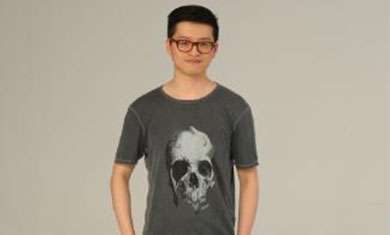 Was it very different from your study and hometown Chengdu?

‘Yes, Chengdu is a big city located in the south west of  China, with more than 14 million inhabitants. There are also some differences between Leiden and my hometown Chengdu in terms of higher education. For instance, firstly, at Leiden, studying is more interactive. Students have to proactively learn and engage in all kinds of interactions with professors and classmates. In China, professors do not actively encourage students to think out of the box, which often means that students are more passive. Secondly, Leiden has a lot of international students, which triggers a multi-cultural and cosmopolitan environment for students. At my hometown, universities are relatively less internationalised.’

How did your career develop after your studies?

‘After my studies at Leiden University, I pursued my career in journalism, working as a correspondent for a prestigious Chinese financial newspaper in Europe. Afterwards, I switched from journalism to corporate communications. I am currently working for a multinational company in Shanghai as a communication strategist.’

Are you still in touch with other Leiden alumni?

‘Yes, but not frequently. I have always wondered whether there is an alumni community in Shanghai or in China generally because I would love to join and be an ambassador for Leiden University in China. That’s why I recently came to Leiden to collect some information on how to set up an alumni chapter in Shanghai. I want to set one up to strengthen the relations of alumni in China and that way build up awareness of Leiden University in China.’

Study: International Relations at the Faculty of Humanities (2014-2015)